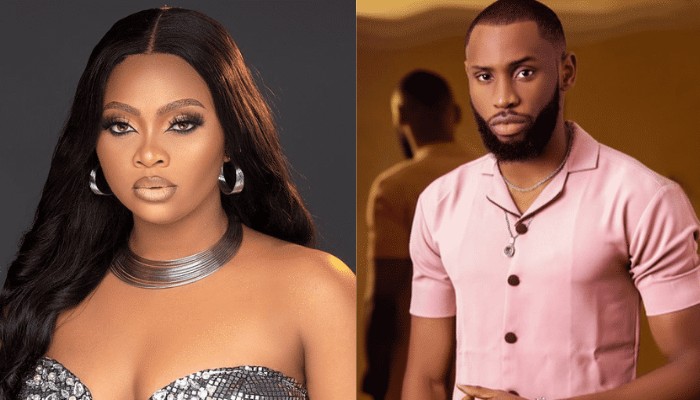 Former Big Brother Naija Shine Ya Eye housemates, Tega Dominic and Emmanuel Umoh, have been rewarded a sum of one million naira each for the injury they tolerated during Supa Komando task while they were on the show, aso Naija reports.

This was declared openly by the Supa Komando team as the former housemates made a courtesy visit to their sponsors.

During the meeting, Tega streamed the activities via her Instagram page.

The rest of the housemates cheered and showed excitements for their colleagues as the sponsors announced that Tega and Emmanuel would have one million naira each as compensation for their injuries.

Yousef was also awarded with two million naira for his effort during the task, as he missed the task prize by a very little chance.

Recall tharlr During the Supa Komando task carried out on the fifth week of the show, Emmanuel sprained his arm while Tega had also a shoulder injury.

Their injuries caused and allowed the due for competing effectively, and they lost out on the N2m prize and ambassadorship deal, eventually won by Saskay and Cross