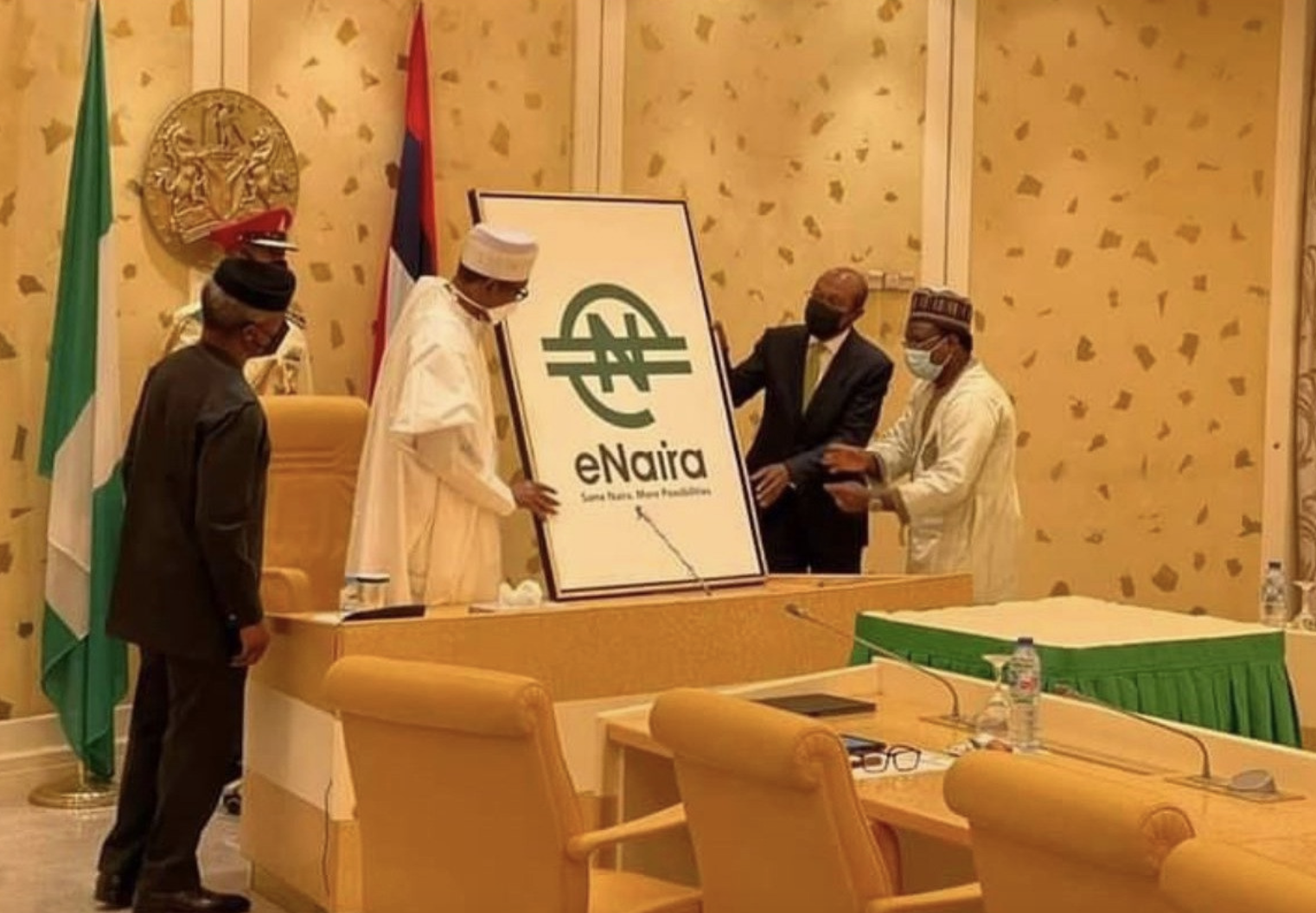 eNaira :The Governor of the Central Bank of Nigeria, Godwin Emefiele, has said 33 Nigerian banks have joined the eNaira platform and the apex bank has minted N500 million worth of digital currency, aso Naija reports.

Ememfiele said this at a ceremony to launch Nigeria’s Central Bank Digital Currency on Monday, at the presidential villa, noting that the platform has recorded an influx of users.

The CBN Governor also explained that the eNaira and the physical Naira are the same legal tender and will have the same value which will be accepted anywhere in the country.

”As the tagline simply encapsulates, the eNaira is the same Naira with far more possibilities.

The foundation – like the physical Naira – is a legal tender in Nigeria and a liability of the CBN. The eNaira and Naira will have the same value and will always be exchanged at 1 naira to 1 eNaira,” he added.

Emefiele also added that since the platform went live, the website it receives over 2.5 million visits daily while pledging that “there would be strict adherence to the Anti-money Laundering and Combating the Financing of Terrorism standards in order to preserve the integrity and stability of Nigeria’s payment system.”

Continue Reading
You may also like...
Related Topics:Bank, CBN, eNaira