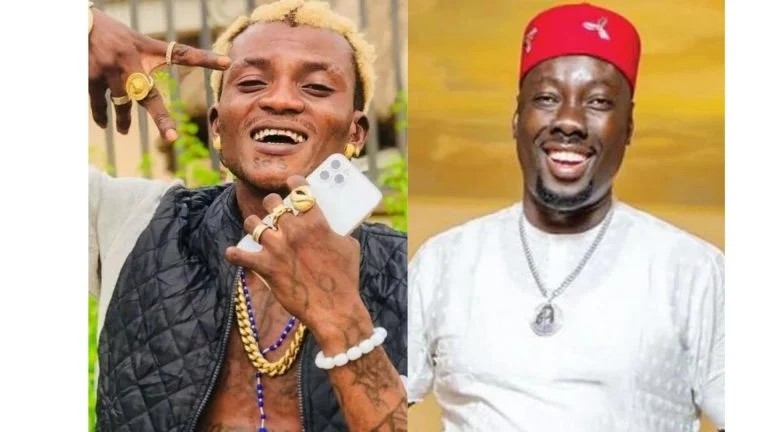 The endorsement deal was given and anchored by socialite, Obi Iyiegbu, popularly known as Obi Cubana.

Portable who shared videos of the endorsement on his Instagram handle was in the company of Obi Cubana wearing shirts of the brand he will be representing.

The Zazu Zeh crooner will be endorsing a new herbal drink recently launched by Obi Cubana.

Recently, Portable was caught in another controversy after alleging that his life was being threatened by one Yusuf Ija-Omode.

He stated that Ija-Omode had accused him of robbery and had been on his trail for a long time, giving him seven days to live.

Hours later, however, Portable disclosed that he had settled the rift between him and his accuser.