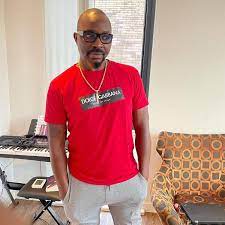 In a video posted on Instagram, Fayose disclosed his new job.

He claims to be a “billionaire” in Nigeria, but that he is forced to drive a van in the UK “because the price of employing someone” is too expensive.

He went on to say that the Uk way of life, which allows for economic equality, is ideal.

“So, a billionaire in Nigeria can drive a van in the UK.

“That is how it’s supposed to be, not some people here (up) and some people down. Oppressive society Nigeria, I hail thee.”

Watch the video below;

In 1985, Fayose was admitted to a Higher National Diploma (HND) programme in Biological Sciences/Applied Medical/Biology by The Polytechnic, Ibadan and graduated in 1987.

While doing his National Youth Service Corps program at Pepsi Nigeria Limited, Ibadan, he was engaged in installation, maintenance and servicing of medical and laboratory equipment.

He is married to Feyisetan. He conducted one of the most sought after medical outreach programmes during his political campaign in 2001.

Continue Reading
You may also like...
Related Topics:Ex-Gov Fayose

It’s not your business,’ Ex-BBNaija housemate, Angel, Reacts After Fans Says She’s Pregnant
Video Of Wizkid Promising To Sign, Give 10-year-old Boy N10M Surfaces -Man Drags Him On Twitter For Not Fulfilling Promises