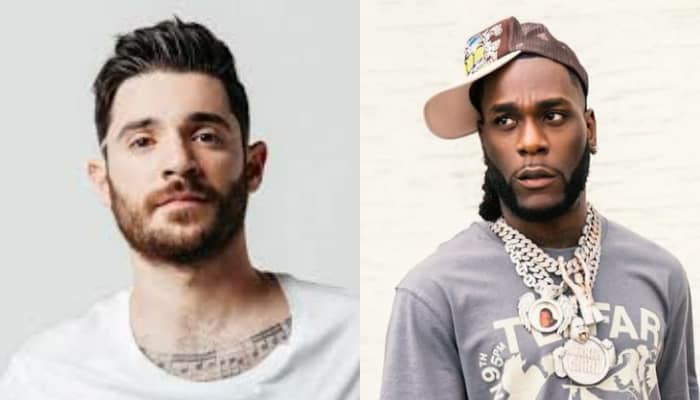 On Monday, Jon Bellion took to his Twitter page to share a picture that suggested that he and Burna Boy are collaborating on a song.

A fan, @Kesewaa_Omari, said, “So It’s no dream that there’s a Jon Bellion and Burna boy collab? My goodness.”

“I still can’t process it. It is still blowing my mind since I saw Jon Bellion’s post,” @somextrips tweeted.

Unable to contain the joy, @bawzzlady said, “See! I have a new Jon Bellion music! With Burna Boy! I don’t know how to behave, please.”

“Jon Bellion x Burna boy together on a song will sound so heavenly. I don’t care about the chemistry but both of them are A-list artists, “@Spotless360 said, predicting the outcome of the collaboration.

Hailing Burna Boy, @getkennethed22, said, “Jon Bellion × Burna Boy. I don’t need to tell you the song will slap differently. I trust Burna will murder his verse as usual, unlike some acts.”

Born Damini Ogulu, 30-year-old Burna Boy has been keeping his fans excited with his musical successes that have spread all over Nigeria and abroad.