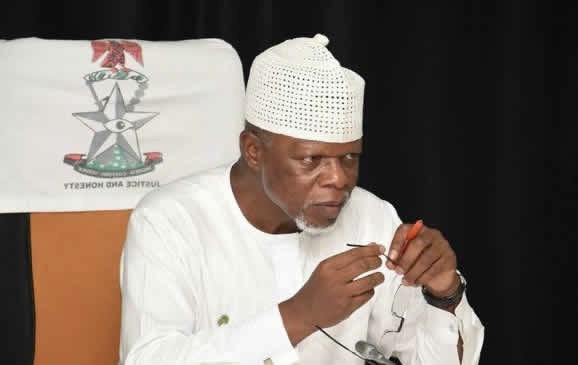 The Federal Government has authorized the Nigeria Customs Service to turf 91 private jets being owned by some well-off Nigerians over their likely refusal to pay import duties riding to over N30bn, aso Naija reports.

However,the Comptroller-General of Customs, Col Hameed Ali, (retd.) following a directive from the Presidency, has written a letter to the Nigerian Civil Aviation Authority, the Federal Airports Authority of Nigeria, and the Nigerian Airspace Management Agency asking the agencies to ground the affected private jets with immediate effect.

The letter, with reference number NCS/T&T/ACG/042/s.100/VOL.II, which was dated November 2, 2021, was addressed to the Director-General, NCAA, Capt Musa Nuhu.

Findings revealed that the letters were received by the aviation agencies on November 8, 2021.

The NCS letter, which was delivered to the NCAA, was also referenced 19755748 by the courier firm.

It was titled, ‘Recovery of Aviation Import Duty on Privately Owned Aircraft Operating in the Country.’

The NCAA letter read in part, “The Federal Government in its drive for enhanced revenues has mandated the Nigeria Customs Service to immediately recover from defaulting private aircraft owners the required statutory import duties on their imported aircraft.

“You may wish to recall the verification exercise conducted by the NCS, initially scheduled for a 14 day period, but magnanimously extended over a 60-day period from 7th June through 6 August 2021, following a World Press Conference held on 31st May 2021. The outcome of the aforementioned verification exercise is a compilation of all private aircraft imported into the country without payment of statutory import duty.

It further read, “In this regard therefore, your full cooperation is being solicited to ensure the success of this initiative and that all such private aircraft owners or representatives are denied administrative and operational flight clearances indefinitely, until an NCS issued Aircraft Clearance Certificate is procured and presented to your organisation as proof of compliance.

“For the avoidance of doubt, ALL aircraft operated in accordance with the Nigerian Civil Aviation Authority’s regulation for the issuance of Permit for Non-Commercial Flight and those issued with Flight Operations Clearance Certificate and Maintenance Clearance Certificate accordingly are affected by this directive

Continue Reading
You may also like...
Related Topics:FAAN, FG, Import