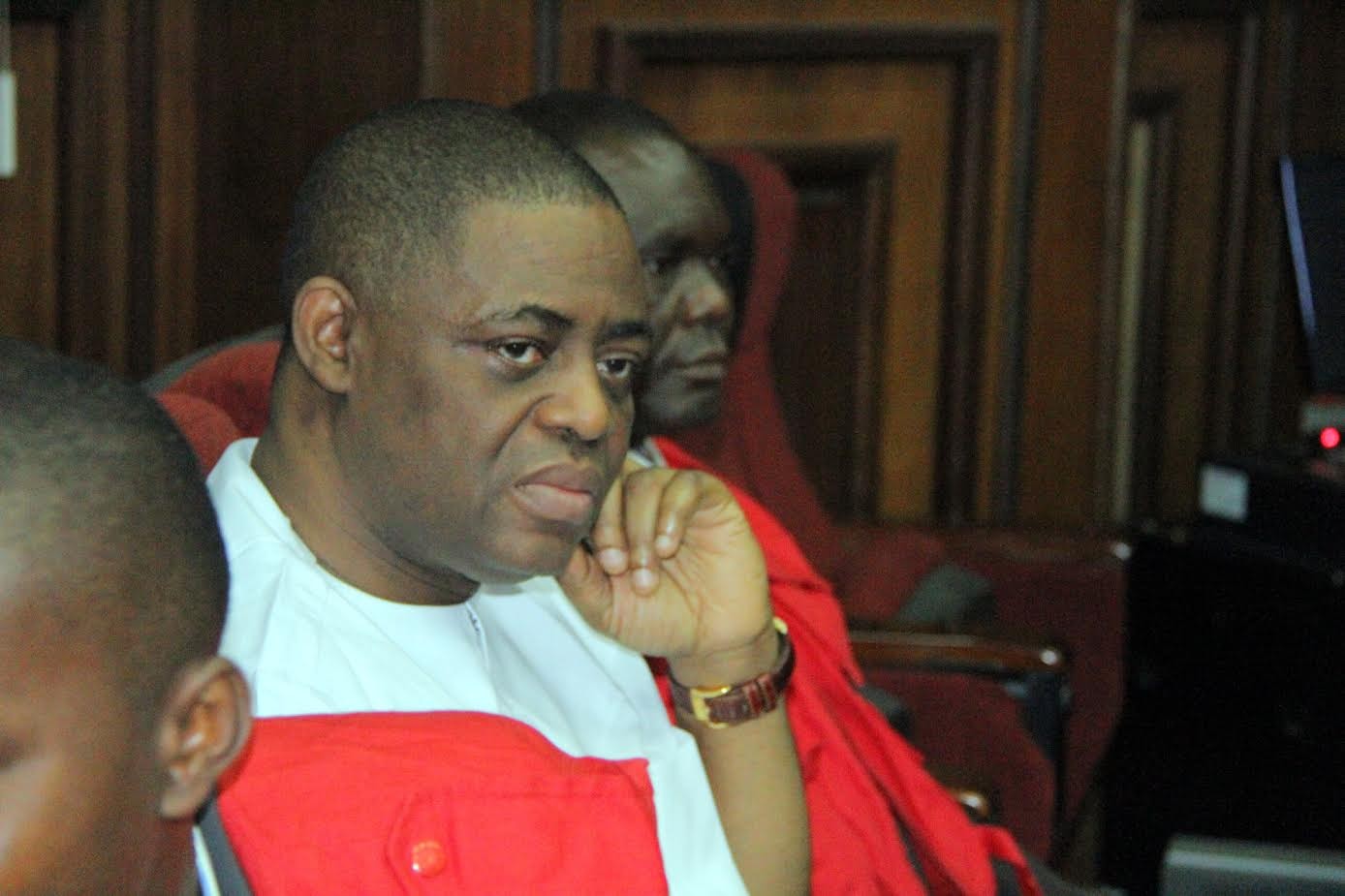 The Economic and Financial Crimes Commission (EFCC) on Tuesday has dragged former Aviation Minister, Femi Fani-Kayode, before the Special Offences Court in Ikeja, over his alleged procurement of a “fabricated” medical report, aso Naija reports.

The Minister and member of the ruling All Progressives Congress was about 9am marched before Justice O.O Abike-Fadipe by EFCC operatives for possible arraignment.

He is currently in the court room as of press time.

The anti-corruption agency claimed that Fani-Kayode procured one Dr Ogieva Oziegbe to issue the fake medical report, which he allegedly tendered in before the Federal High Court in his ongoing money laundering trial.

The ex-minister was brought to court by the EFCC on 12 counts.

The charge sheet partly read, “That you Femi Fani-Kayode on or about the 11th day of October, 2021 in Lagos within the jurisdiction of this Honourable Court with intent to mislead the Federal High Court Lagos Judicial Division in charge No. FHC/L/251C/2016 fabricated a documentary evidence titled: MEDICAL REPORT ON OLUFEM! FANI KAYODE 60 YEARS/MALE/HOSP. NO.00345 DATED 11/10/2021 and purported same to have been issued by Kubwa General Hospital.”

It noted that the offence is contrary to and punishable under section 88(1) (a) of the Criminal Law of Lagos State 2015.

Fani-Kayode had been having a never ending battle with the EFCC for some time and he was once remanded for 67 days in 2016 alongside a former minister of finance, Nevada Usman.

The duo and two others were facing a 17-count of criminal conspiracy, fraud and money laundering to the tune of N4.9 billion.

They denied the allegations, and each of them was later granted N250 million bail.

Continue Reading
You may also like...
Related Topics:EFCC, Fani kayode