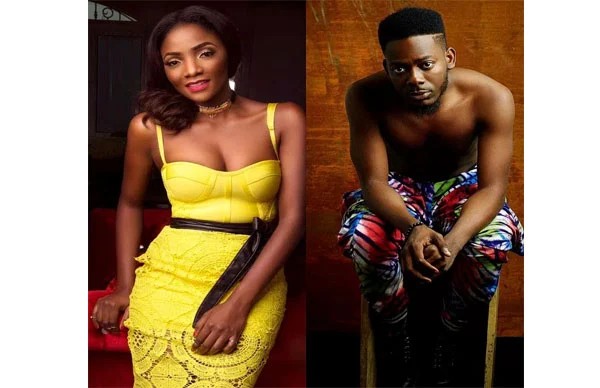 Fans of Nigerian singer has been surprised on social media as Nigerian singer, Adekunle Gold, features his wife, Simi, in the sensual video of his new song, ‘Sinner’.

Adekunle Kosoko, who goes by the stage name Adekunle Gold, announced his new video across his social media platforms on Thursday.

The song, ‘Sinner’ which was released two weeks ago, features American singer, Lucky Date, and is produced by Blaize Beats.

In an interview with Official Chart, Adekunle Gold had said the song ‘Sinner’ was inspired by the Bible story of King David and Bathsheba.

He said, “I thought about the intimacy between them. I know it’s weird, but I thought about how Bathsheba must have been so badass to entice King David so much that he was going to risk it all for her.

“I know it’s a story people talk about that shows the frailty of David, but I chose to see it as that she must have been so beautiful, so I thought to write about it that way.”

The video, produced by Polish photographer, Magdalena Wosinska, depicts Adekunle Gold and his singer wife in romantic display in different positions: on a car bonnet, in the bedroom and in a pool.

Consequently, fans have gone wild over the video and have taken to Twitter to react.

A tweep, @Hauwa_L, wrote, “If you watch that Adekunle Gold sinner video and you’re single, you will just be crying anyhow. Even now, I have catarrh.”

Another tweep, @Rialopezmaria, said, “Adekunle Gold’s ‘Sinner’ is so wholesome.”

@Huseintunde wrote, “Just wondering, is there something Adekunle Gold doesn’t do well? ‘Cause this ‘Sinner’ is a masterpiece.”

“The video for Sinner by Adekunle Gold is perfect for the song. Those two won’t kill me,” @mathildakatugba tweeted.

@Fhollybaby wrote, “That sinner video made me think of my single status. But I love the video so much. It was filled with love. Kudos to Adekunle Gold and Simi.”

Continue Reading
You may also like...
Related Topics:Adekunle Gold, Simi