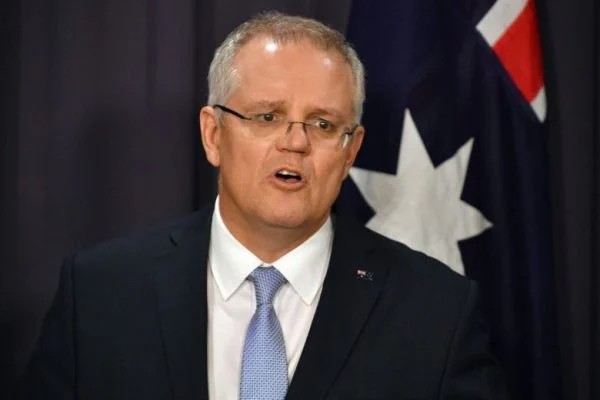 Australia PM To Conduct Federal Elections On May 21

Australia’s Prime Minister Scott Morrison called federal elections for May 21 on Sunday, launching a come-from-behind battle to stay in power after three years rocked by floods, bushfires, and the COVID-19 pandemic.

Morrison’s conservative government is struggling to woo Australia’s 17 million voters, lagging behind the opposition Labour Party in a string of opinion polls despite presiding over a rebounding economy with a 13-year-low jobless rate of four per cent.

Polls show much of the electorate distrusts the 53-year-old leader, who fashions himself as a typical Australian family man and is unafraid of advertising his Pentecostal Christian faith.

The opposition leader started the six-week race to the poll pushing a message of optimism before highlighting bruising attacks on Morrison’s character emanating from his own government.

“He’s running in a federal election campaign, whereby his deputy prime minister has said he’s a hypocrite and a liar,” Albanese told media in Sydney.

“We can and we must do better. The pandemic has given us the opportunity to imagine a better future and Labor has the policies and plans to shape that future.”

A recent Newspoll survey showed Labor leading the coalition 54 percent to 46 percent on a two-party basis.

Morrison and Albanese were in a statistical tie as preferred prime minister for the next three-year term.

Multiple surveys show the cost of living, with gasoline prices notably soaring since the Russian invasion of Ukraine, is a key concern ahead of the election, in which voting is compulsory.

In a pre-election spree, the government announced an array of giveaways, including a fuel tax cut and a tax rebate for about half of the adult population.

But extreme weather events blamed on an overheating planet, and the government’s response, have also unnerved many Australians.

He has vowed to mine and export coal for as long as there are buyers, touted a “gas-fired recovery” from the pandemic, and resisted global calls to cut carbon emissions faster by 2030.

As treasurer in 2017, he famously took a chunk of coal into parliament and told Labor: “This is coal, don’t be afraid.”

Morrison has been panned, too, over his handling of climate-related disasters in Australia.