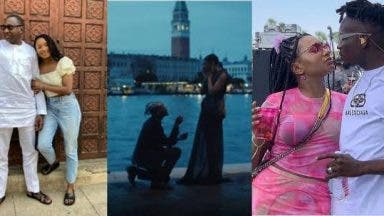 Femi Otedola has reacted to the engagement of Temi, his daughter, to her long-term boyfriend and musician, Mr Eazi, aso Naija reports.

Reacting to the proposal video shared by the couple on Instagram, Otedola wrote: “Somebody is taking my baby”

His reaction comes hours after the short video of the lovebirds at a seashore with the musician going down on one knee to seek her hands in marriage. 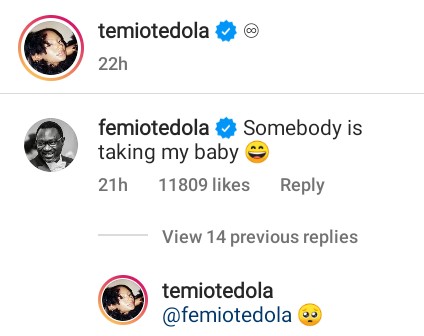 The video ended with Temi accepting Mr Eazi’s proposal after which they kissed passionately. Mr Eazi’s marriage proposal has set the internet on fire, with many celebrities taking to the comment section of Temi’s post to celebrate them.