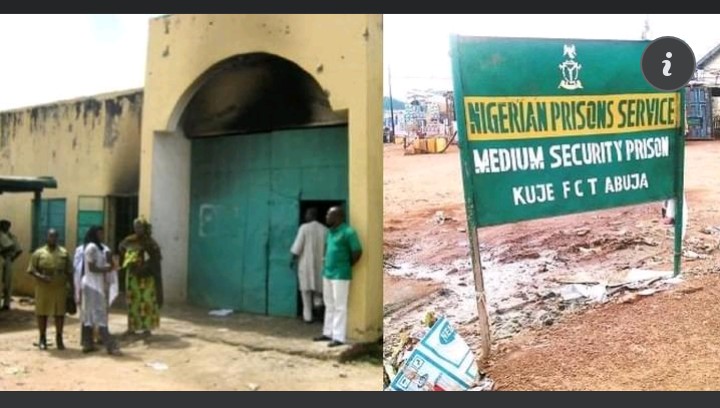 About 600 inmates have reportedly escaped from the Kuje prison Correctional Centre in Abuja after the facility was attacked on Tuesday evening, aso Naija reports.

Some unknown gunmen suspected to be Boko Haram terrorists stormed the prison around 10pm on Tuesday, July 5, and launched an attack on the facility.

The spokesman of the Nigerian Correctional Service, AD Umar, who confirmed the incident disclosed that calm has now been restored to the facility.

“I wish to confirm that about 2200hrs, some yet-to-be-identified gunmen attacked the Medium Security Custodial Centre, Kuje in the Federal Capital Territory.

However, men of the Armed Squad of the Nigerian Correctional Service and other security agencies attached to the Custodial centre have responded and calm has been restored to the facility and the situation is under control.”

In a follow-up report, the Permanent Secretary of the Ministry of Interior, Mr Shuaibu Belgore, has disclosed that about 600 prisoners escaped during the attack.

Belgore who visited the facility on Wednesday morning, said the facility houses 994 inmates and over 300 inmates have been caught while the rest will soon be apprehended.

He further disclosed that the assailants are suspected to be Boko Haram terrorists who attacked the facility to rescue their colleagues.

Continue Reading
You may also like...
Related Topics:Kuje prison