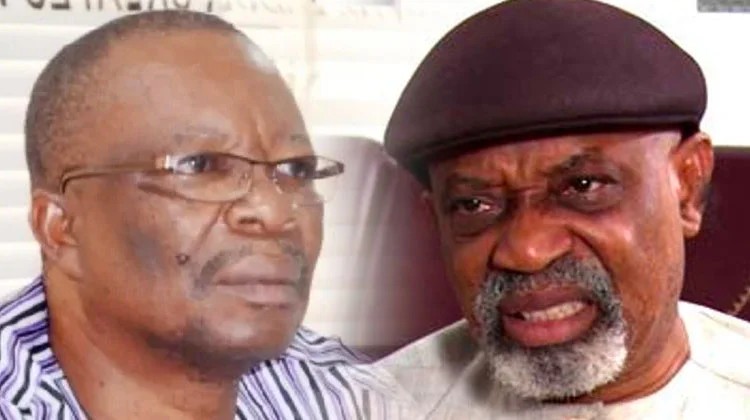 The Academic Staff Union of Universities has said that it is either the Federal Government fund universities or shut them down, aso Naija reports.

The National President of ASUU, Prof Emmanuel Osodeke, who said this in a telephone interview with our correspondent on Sunday, insisted that government must implement the agreement it signed with the union in 2009.

Osodeke said these in response to the Minister of Labour, Employment and Productivity, Dr Chris Ngige, who during an interview with Channels Television on Thursday, stated that the Federal Government did not have the funds to meet its obligations in the agreement signed with ASUU.

Ngige said the government was considering renegotiation of the terms of the agreement with ASUU in the effort to end the ongoing strike by university lecturers.

However, the national president of ASUU, Osodeke, said anything concerning improving and investing in the universities, government would always say it had no money.

He stated, “The Nigerian type of politician does not take education seriously. Can they tell this country how much they spent on COVID-19? I can assure you the crisis in education is 10 times what COVID-19 is because what shapes a nation is education. If it collapses, you have nothing. They were building railways here and there, They were bailing out DISCOs (electricity distribution companies) which they sold to private people, but they are still buying meters for them to sell to Nigerian people. But when it has to do with education that will shape this country, they will say they don’t have money.

“They are increasing their tour allowances. You know they move round all over the world. You saw the wife of the president celebrating birthday in Dubai and all governors’ wives were there with their aides. They have hundreds of millions of naira for their children (‘s education) in the UK; they have money, government money. But to fund education, they don’t have money. We have told them they either close down the universities and prepare for youths or let’s for once solve this problem and move ahead so that we start having foreign students who will pay in dollars as school fees, foreign lecturers will come here to teach; so that we don’t pay this huge amount we are using to move Nigerian students from Ukraine to Nigeria. They had money to go and move the children of the rich from Ukraine. They spent over $8m, but to fund Nigerian universities, they don’t have money. It is not true, they have money they are just playing games.