A viral video shows the moment a Nigerian lady, identified simply as Grachi, was caught with her friend’s boyfriend in a hotel room in Port Harcourt, Rivers state.

Grachi was said to have visited her friend’s boyfriend without her friend’s knowledge to ‘console’ him after discovering that he lost some money.

Unfortunately for her, the man’s girlfriend got wind of her plans and got into the hotel to confront her with some other ladies. In the viral clip, the ladies were seen embarrassing Grachi for going behind her friend’s back to visit her boyfriend ..

They also claimed Grachi lied to her own boyfriend that she was going to visit her female best friend.

She was seen weeping in the video while a man, acclaimed to be the boyfriend they were fighting over, was pressing his phone on the bed. 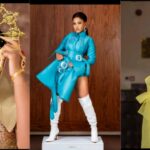 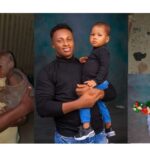