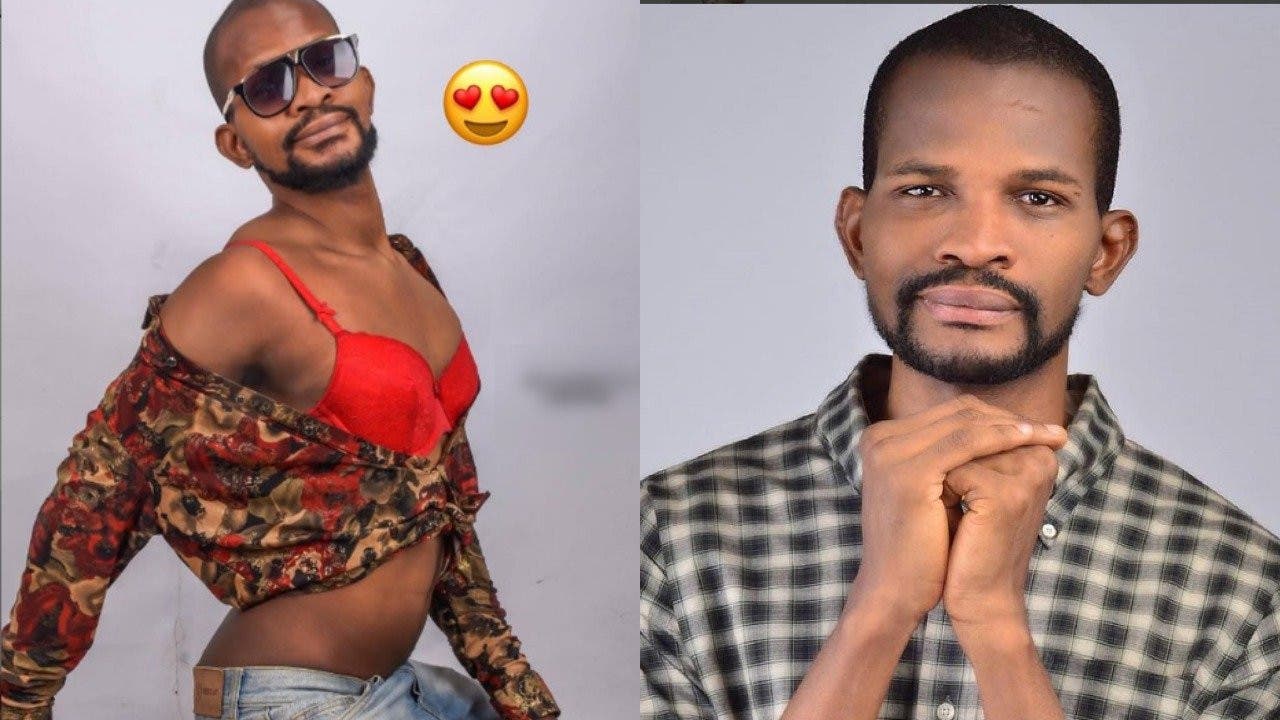 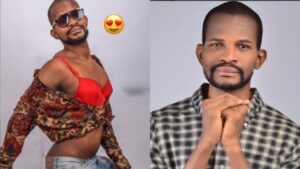 Popular Nigerian actor, Uche Maduagwu, has made a U-turn on his sexuality several months after asserting that he wasn’t gay, aso Naija reports.

Early this year, the controversial actor disclosed on social media that he is gay and noble of his sexuality.

A few months later after coming out of the cupboard, Uche announced he isn’t gay and that he said it out of desperation. He also disclosed he was saddened.

Again, the actor has made a dramatic U-turn as he revealed he is 1000% gay on his Instagram page.

He expanded that even the President can not withdraw his sexuality. Uche also called for the “impeachment of a bad president.” 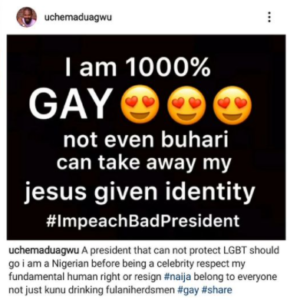