A former Big Brother Naija contestant and entrepreneur, Nina Ivy, has revealed that she feels very confident and loves her body more since she underwent a butt enlargement surgery.

She told Saturday Beats, “I have always wanted to make some changes to my body, especially after the birth of my child and this was the perfect time. Since I made that decision, I feel great and love my body more. I always had to wear body shapers with certain outfits but now, I don’t have to. My advice to people who troll celebrities that undergo cosmetic surgery is that they should channel their energy into what will benefit them and let people live their lives.”

READ ALSO: “TAMPAN Can’t Suspend Me Because I’m Not A Member” – Yomi Fabiyi

Meanwhile, Nina’s butt surgery had stirred controversy online as she had recently signed a contract with a natural body enhancement brand, Mav Herbals, yet still went ahead for surgery. The brand called her out on Instagram and requested for an apology and refund of the money spent on signing her as an ambassador.

Speaking about the issue, Nina said, “Before signing the deal, I had informed my then-manager, Femi, of Wynerz Talent, that I was booked to undergo surgery. Femi came with the proposal from Mav Herbals and I had categorically told the company’s CEO that I was going for surgery. She (the CEO) agreed to still go ahead with the deal.

“It was a surprise to find out that she made a post about me not working with her without speaking to me first about it and this happened before I began my ‘influencing’ with the hospital I had my surgery with.

“This same contract was discussed with her and Femi. Meanwhile, there is no clause in my contract that states that I cannot undergo surgery while representing her.

“I have been a loyal and dedicated brand ambassador and influencer to numerous brands over the years. I have never had any issue with any of the brands I have worked with. The publications on different blogs and constant trolling made by her have caused defamation of my character and my legal team is on it.” 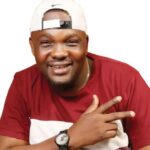 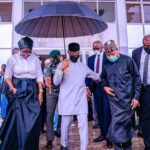