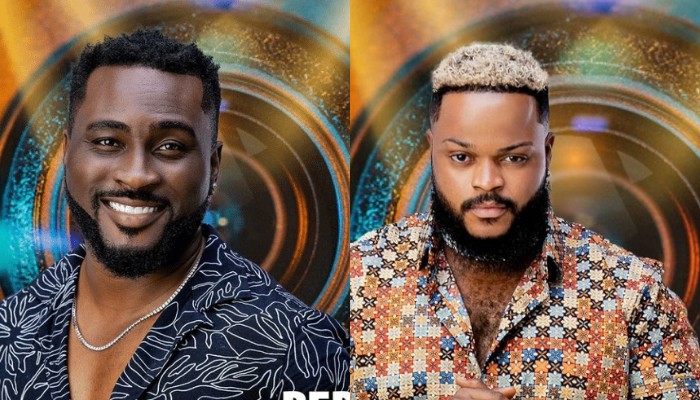 Big Brother Naija Shine Ya Eye housemate, Pere, has predicted that Whitemoney and JMK will be in a relationship after the show, aso Naija reports.

He said this to Whitemoney on Wednesday night, day 67 of the show, after the conclusion of their Airtel task.

Pere told Whitemoney, “I see you and JMK working outside the house, than Jackie B.”

Whitemoney retorted, “JMK is not going for anything relationship, you should have that at the back of your head. Straight up.”

“I see you and Queen actually working out too,” Pere said.

“With Queen, I don’t know. With Queen, I have to be outside, outside the house. That was why I was not in a hurry with anybody,” Whitemoney said.

Whitemoney had had different entanglements with several ex-housemates of the BBNaija season six.

However, the closest relationship he had was with Queen who called him her “acting boyfriend.”

When he started moving towards Jackie B, Queen became upset, as she insisted that she want his attention on herself only, and nobody else.

Queen later found out that Whitemoney once kissed JMK and she was also upset, and accused Whitemoney of bot being loyal to her.