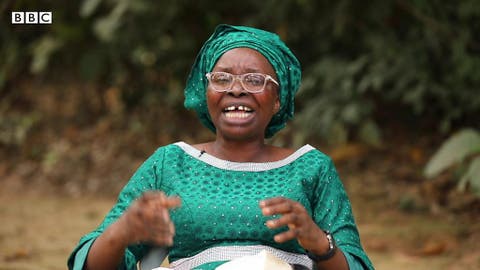 The revealer said that most of the initial viral controversial statements are edited with lies and as such, she is not the one saying them.

In the now viral video, the preacher was heard saying that MasterCard is Lucifer-Card.

Speaking with BBC Pidgin, Mummy G.O could be seen telling interviewers to record her and make this recent clip go viral as others did.

Clamping down her previous , she admitted having a MasterCard and said she wouldn’t go to hell because she possesses one.

She therefore urges people to stop putting words in her mouth as she hasn’t been saying those words in actuality.

‘NA OBO MONKEY BE THIS” -Reaction As Man Tattoos Davido’s Face On His Chest (Photo)
Kogbagidi vs Portable Fight: You Don’t Wrestle With Pig In The Mud – Promoter Blasts Singer