“I would never sleep with a man for money” – Reality TV star, Khloe says Former Big Brother Naija star, Oluwabusayomi Abiri popularly known as Khloe, has said she can never engage in sexual relationship with a man in exchange for money.

Khloe stated this in a recent chat with media personality, Chude Jideonwo, where she spoke about her career, relationship, plans for marriage and child-bearing. She added that she’s still single because she is taking her time to pick a partner. According to her, she knows what she wants in a man and would not settle for less, although she can flirt with other men pending when she meets the right man.

On her plan to bear a child, the 29-year-old entrepreneur said she can only have children when she’s ready because her womb is sealed due to an implant.

She however noted that she hopes to have a child soon and would consider getting pregnant when she finds the right man. 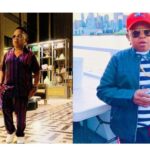 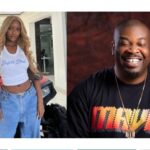