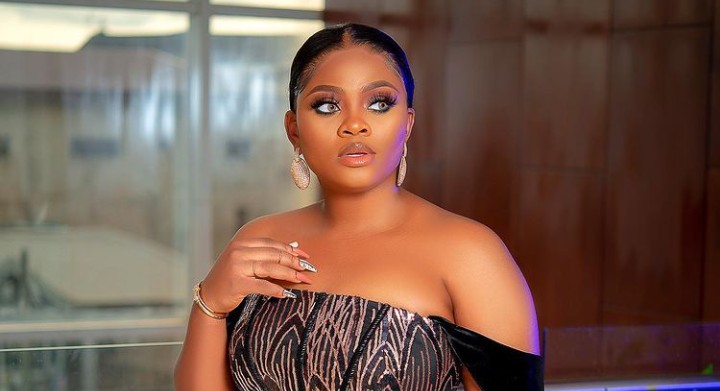 Former Big Brother Naija Shine Ya Eye housemate, Tega Dominic, has stated that she’s done with being judged constantly and as such, she wants people to stop judging her, aso Naija reports.

The married mother-of-one took to Twitter on Tuesday to state that even though she’s not perfect, she’s mentally exhausted and done with the negativity.

A week before Tega was evicted on the show, she set tongues wagging with a video that went viral, which featured her kissing fellow housemate, Boma while in bed.

She also kissed Boma in front of the housemates and at the executive lounge where he spanked her.

Other clips also showed her and Boma under the duvet, an act which she insists was a script.

Being a married woman, Tega received criticisms from fans of BBNaija on social media, and some claims that led to her eviction from the show.

Maintaining that nothing had changed about her relationship with Boma, Tega had said, “I did not have sex with Boma in the house. Everything we did under the duvet was intentional; it was part of our strategy.

“If we had not been evicted on Sunday, perhaps the viewers would have got a clear picture of what we were trying to do. Since we were evicted, we went home with an ‘uncompleted script’.”

“BBNaija Season 6 Got Over 1 Billion Votes And We Spent N4.3 Billion On The Show” – Organizers
BBNaija S6: Angel And I Flirted With Each Other, It Was Just “Pure Cruise – Emmanuel Says