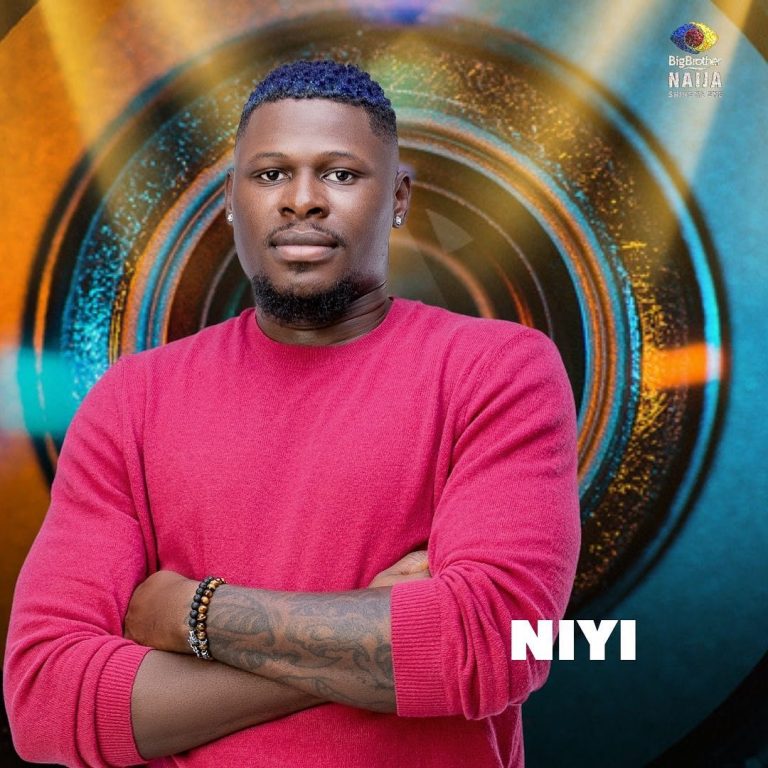 The evicted Big Brother Naija (Shine Ya Eye edition) housemate, Niyi Lawal, said that though he initially planned not to disclose his status as a married man to other housemates, he later changed his mind because he wanted to be himself.

In an interview with Sunday Scoop, he said, “The first reaction people get when a married man is on Big Brother Naija is surprise. Beyond that, it is a reality show where one is supposed to live one’s life without any reservation, whether one is married or single. The major reason I went for the competition was because I saw a great platform through which I could project my craft and business (to the world). I never thought about being bashed for being a married man on the show. It was never an issue for me. I initially planned not to tell housemates about my marital status but after bonding with the other guys on the first day of the show, I decided to completely be myself and not hide anything.”

Niyi also maintained that she got his wife’s blessings before going for the show. He said, “My wife is a very supportive woman. She has always supported my goals and dreams. On the day the last season started, about three people called me and asked why I didn’t give BBN a chance. We (couple) were doing well on Tik Tok then. And I asked her if what she felt about me going for the Big Brother show. However, she was not familiar with the show and I also hadn’t followed it for some time. She wife thought it was a great idea and she encouraged me to give it a try.”

The entrepreneur also stated that the time he spent in the house was too short to make an impact. He said, “Two weeks is a very short time for anybody to make an impact on such a show. When one goes into a confined space like that and live with 21 other people, one probably needs time to settle in and understand the other people on the show, before getting into action. I knew that I could possibly be nominated for eviction when it became known that Pere and Maria were the ‘wildcard contestants.’ Pere and I did not get along. We had a fight, so it wasn’t surprising that I was nominated.”

On why he stated that Beatrice and Angel threw themselves at him while in the house, he said, “Beatrice was very close to me and she often made statements that I am handsome. They were advances but I could not really tell if it was a game plan or if she was serious. However, I had made it known to all the housemates that I did not want to send wrong signals to anyone. As regards Angel, she came to the bathroom when I was having my bath five different times. However, I found out that’s who she is. She loves to ‘catch cruise.’ I understood her but at the same time, it was scary for me because anything could happen. I then told her that if she tried it again, she wouldn’t like what would happen the sixth time.”

Continue Reading
You may also like...
Related Topics:Niyi, Whitemoney

BBNaija S6: I Was 15 When I First Handled A Gun, I Was Angry That My Dad Died – Cross
BBNaija S6: I’m Not Scared Of Being Nominated For Eviction – Tega