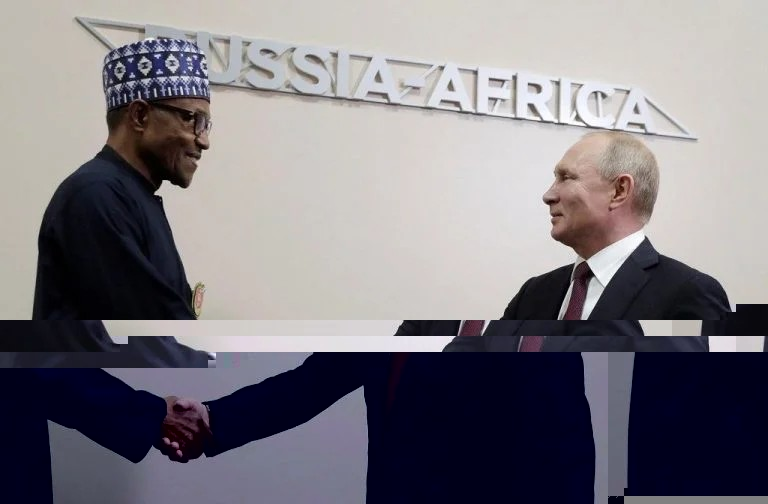 Nigeria’s N993.38bn Imports From Russia At Risk Over War -FG

The value of Russia’s imports to Nigeria over 12 months period is estimated at N993.38bn, data from the National Bureau of Statistics have shown and it is said to be a problematic stance over the ongoing war between Russia and Ukraine, aso Naija reports.

Specifically, the NBS statistics put the value of trade from Russia between the third quarter of 2020 and the corresponding period in 2021 at N993.38bn.

Russia is among Nigeria’s top 10  trade partners between the third quarter of 2020 and the corresponding period in 2021.

However, the N993.38bn trade is at risk as the Russia and Ukraine war persists.

According to The Punch, Within the period under review, Nigeria imported four main items from Russia, namely durum wheat, herrings, blue whitings, and mackerel, according to the report.

During the quarter, Russia was the second leading exporter of durum wheat to Nigeria, the first for mackerel, and the third for blue whitings.

The foreign trade statistics document from the NBS further showed that the total good from Russia were N154.21bn cumulatively, about 2.87 per cent of Nigeria’s import trade value for the period, with Russia being the seventh trading partner for Nigeria.

Russia maintained its position as the seventh  trading partner for Nigeria in Q4 2020 with a trade value of N162.62bn cumulatively, which was 2.74 per cent of the country’s total import trade value.

In Q4 2020, durum wheat worth N62.9bn, mackerel worth N2.27bn, and herrings worth N6.59bn were imported from Russia. Also, Nigeria imported N4.82bn vaccines for human medicine from Russia.

Russia was the top exporter of wheat to Nigeria, the second for herrings, and the third for mackerel in Q4, 2020. It was the fifth import trade partner for vaccines for human medicine.

By Q1 2021, Nigeria imported N15.8bn herrings and N37.20bn durum wheat from Russia. Russia was the top important  trading partner for herrings and fourth for wheat.

Continue Reading
You may also like...
Related Topics:Import, Nigeria, Trade

Ukraine-Russia war: FG To Airlift 2,000 Nigerians, Will Begin  Evacuation On Wednesday
”Drop Your Weapon And Get $40,000 Each” -Ukraine Tells Russian Soldiers