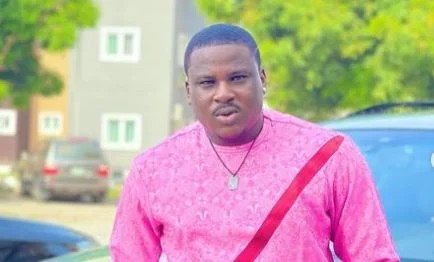 I Blame Myself, skit maker Isbae U Reacts To Sex-for-roles Allegation

Nigerian skit maker, Adebayo Abidemi, popularly known as Isbae U, has reacted to allegations that he demanded sex from ladies before allowing  them in his skits, aso Naija reports.

The popular Instagram comedian became a topic of discussion on Sunday after blogs shared videos and pictures concerning his alleged sexual relations with ladies.

However, in a series of videos and screenshots, Isbae U, noted that he blamed himself for everything that was going on, as he went on to share screenshots that suggested that the lady behind the accusations was blackmailing him.

He said in the video, “I have seen and I have received every stone thrown at me. I am human and so you are. So I’m not here to blame anyone for what’s happening but myself.”

In the video, he also narrated that he met the lady, identified as Chizoba, years ago and they engaged in sexual intercourse.

He also shared screenshots where the lady was demanding money from him, threatening to release the video and photos of their escapade.

Continue Reading
You may also like...
Related Topics:Isbae U, Skitmakers