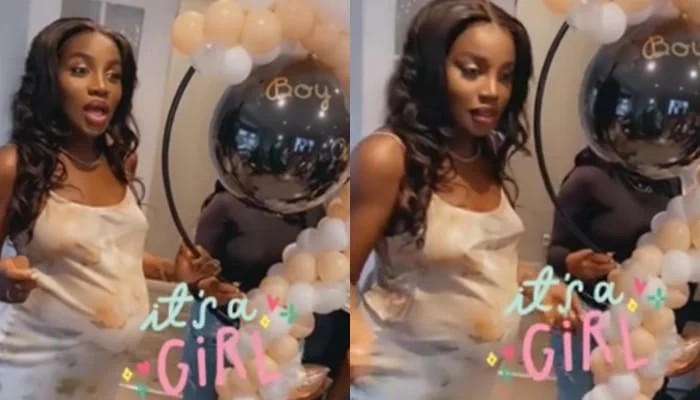 The pregnant soon to be mother made the revelation during a baby shower which was organised recently.

Sharing the video from the event on her Instagram page on Monday, the singer appreciated her friends who planned the baby shower/gender reveal party.

The event was attended by her friends and she popped a balloon to reveal pink balloons, indicating that she was expecting a girl.

Born Oluwaseyi Joshua on December 21, 1985, the singer, songwriter and actress, announced her pregnancy in February 2022, where she debuted her baby bump in a music video.

Continue Reading
You may also like...
Related Topics:Seyi Shay