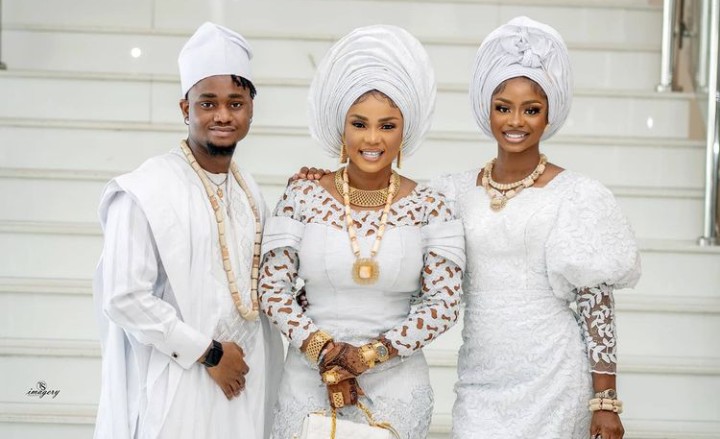 Nollywood actress, Iyabo Ojo, turned 44 on Tuesday and her children, Festus and Priscilla, took to Instagram to celebrate their mum, aso Naija reports.

The actress had announced her birthday in the early hours of Tuesday as she shared creative photos of herself.

Announcing her age, she said, “All hail the queen.” Her royal sexiness is officially 44.”

Her first child, Festus took to his Instagram page to share pictures of himself and his mum.

The 22-year-old described his mum as the greatest woman he has known, as he declared his unexplainable love for her.

He wrote, “Happy Birthday to the Greatest Woman I know. If you have a problem with that, go and argue your yourself . Love you more than I can explain. May God keep you and strengthen you.”

Alice Iyabo Ojo is a Nigerian film actress, director, and producer. She has featured in over 150 films, and has produced more than 14 of her own.

The Nollwood actress is also known for for making funny and trendy videos on tiktok.

It hosts a variety of short-form user videos, from genres like pranks, stunts, tricks, jokes, dance, and entertainment with durations from 15 seconds to three minutes

Continue Reading
You may also like...
Related Topics:Iyabo Ojo