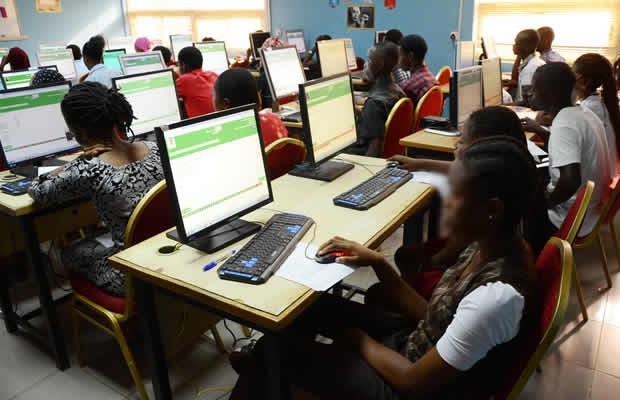 2022 UTME Forms Not Out Yet, Avoid Being Scammed – JAMB Says

The Joint Admissions and Matriculation Board has warned prospective candidates against being dumped, aso Naija reports.

JAMB says that it had not commenced the sale of the 2022 Unified Tertiary Matriculation Examinations and Direct Entry forms.

This is according to a statement signed by the Board’s Head of Media and Protocol, Dr Fabian Benjamin, which noted that any claims that the sale of forms had commenced was fraudulent and should be disregarded.

The statement reads, “The attention of the Joint Admissions and Matriculation Board has been drawn to the activities of unwholesome elements who had been misleading the general public on the purported commencement of the sale of the 2022 Unified Tertiary Matriculation Examination and Direct Entry application documents.

“For the avoidance of doubt, any information in circulation purporting to have emanated from the Board to the effect that the sale of the 2022 UTME and DE forms has commenced is not only fraudulent but is a calculated attempt by mischief makers to create unnecessary panic among prospective candidates for their own selfish ends.

“It should be noted that the commencement of the sale of the Board’s application documents in any given year has never been shrouded in mystery rather it is always a well-publicised undertaking in the print media as well as online and electronic platforms.

Although the Board has concluded all arrangements to commence the sale of the 2022 UTME/DE Application Documents in due course it is yet to fix any date for its commencement.

“The general public is, therefore, by this notice urged to be mindful of speculators who are in the habit of second-guessing the Board’s on certain procedural issues with the aim of defrauding hapless candidates.

“The Board wishes to inform the general public that they would be sufficiently informed of the commencement of the sale of EPINs once approval has been granted by relevant authorities.

“Furthermore, the announcement of a suitable date to commence the sale would be accompanied by well-defined information on the procedures for the purchase of the e-pins, creating a profile, and where to go for biometric capturing, among other essential details.”

Continue Reading
You may also like...
Related Topics:Education, Jamb