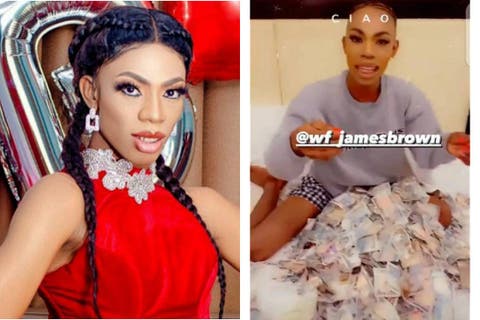 James Brown flaunts massive money he got from a nightclub Nigerian crossdresser, James Brown has taken to his Insta-story to share an enormous proportion of money he got from a nightclub, aso Naija reports.

He asserted this was big confirmation he won’t stop crossdressing anytime soon.

It has become a criterion on social media particularly with celebrities to strut their money on social media and also brag about the valuable properties they have obtained.

There is also a movement of crossdressing in Nigeria, and many of the crossdressers, most notably, Bobrisky, take to social media to flaunt their wealth.

Taking to his Instagram story, he was seen drizzling and flaunting the money he claims he got from the nightclub. James Brown was heard saying,

“This crossdressing job, I am ner going to leave it,” he said. 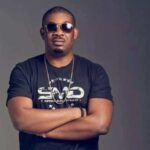 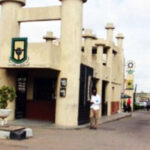