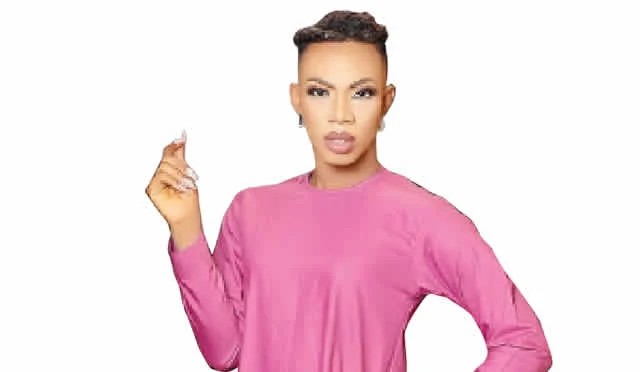 Internet sensation, James Brown, on Monday, dropped the label “cross-dresser”and announced himself as a comedian Following deliberations by the Nigerian House of Representatives to outlaw cross-dressing in the country, aso Naija reports.

“Point of correction, I am not a crossdresser, I am a drag queen,” the self-declared Princess of Africa tweeted Monday.

James further stated that the said bill has nothing to do with him as he is a comedian and an entertainer.

“Do your research before you come for me. My job is to entertain using my personality and my beauty, you already know the vibes! I am a comedian, you thought I was making you laugh for no reason?

“I am Princess of Africa, this bill has nothing on me. Don’t underestimate the power that I carry, ask my fans, ask those that know me personally. On a daily, I give you James without all the glam and the feminine touch,” he wrote.

Aso Naija had earlier reported that legislation titled “A Bill for an Act to Amend Same-Sex Marriage (Prohibition) Act 2013 to Prohibit Cross-Dressing; and for Related Matters”, has passed its first reading at the National Assembly on Tuesday, April 5.

While the bill seeks to ban public display of cross-dressing, it provides an exemption when same is done “in the course of a stage play or in any bona ﬁde public entertainment.”