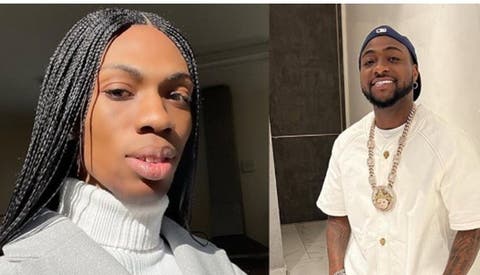 James Brown: Davido Blocked Me, I Will Not Attend His Show At O2 Arena

James Brown has revealed that he would not attend Davido’s show even while in the united kingdom, aso Naija reports.

He stated the reason why he would not be attending Davido’s show at the O2 Arena in London.

The Nigerian crossdresser  who is currently in the UK for his studies claimed that davido did an unforgettable thing to him.

Speaking in a video while responding to fans asking him if he will attend the DMW boss show, James Brown, revealed that Davido blocked him sometime ago.

The Princess of Africa wondered why he would attend the show when Davido blocked him years ago without him knowing why.

He claimed that OBO blocked him even before he became famous.