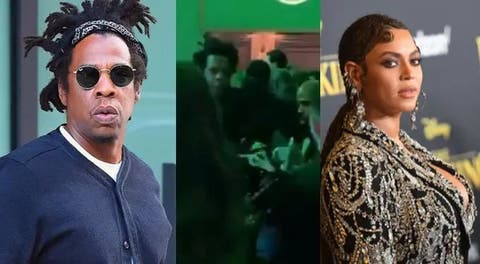 Jay Z Snatches Man’s phone In Anger For Trying To record His Wife, Beyonce At A Party Jay Z, an American rapper and singer allegedly snatched a mobile phone from fan who tried to record Beyonce, his wife at a party, aso Naija reports.

The video of the occurance which has gone viral and has shown the moment American rapper, prevented a fan from making a video recording of his wife, Beyonce.

Jay Z and the Grammy-winning singer, Beyonce attended a party with other members of defunct Destiny’s Child; Kelly Rowland and Michelle Williams.

At the event, a man tried taking a video selfie with Beyonce while she was dancing, but before he could do it, Jay Z spotted him and snatched his phone.

The songstress then tried to calm the man down, so he would not take it personal.

She was Born and raised in Houston, Texas, Beyoncé performed in various singing and dancing competitions as a child. She rose to fame in the late 1990s as the lead singer of Destiny’s Child, one of the best-selling girl groups of all time 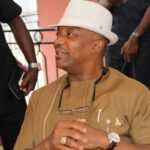 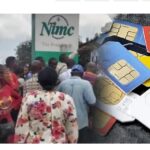