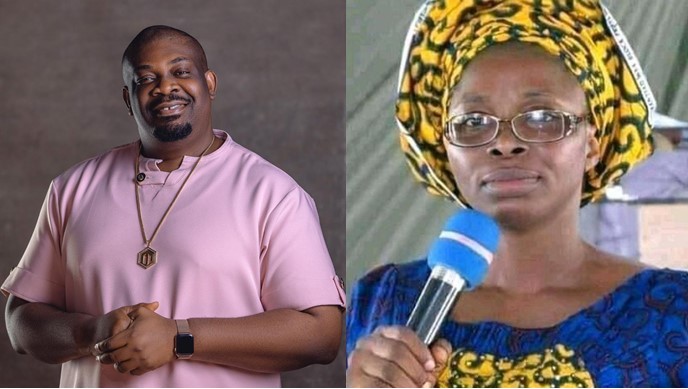 Don Jazzy To Grace Mummy G.O’s Church With His Presence

The Mavin Records boss in a Twitter post on Saturday, revealed that he desires to attend the sensational clergywoman’s Rapture Proclaimer Evangelical Church of God.

Don baba asked Nigerians for the location of the church, saying that he would like to go for service there even if it is just once.

He wrote; ”Abeg who know where that mummy GO church Dey. I go like attend at least once.”

He is the founder and the CEO of Mavin Records.

His younger brother is D’Prince

His father is from Isoko in Delta State. His mother is an Igbo princess from Abia state and his father is a member of the Isoko people. Don jazzy’s younger brother is D’Prince.

He claims they both had issues as a result of his ambitious nature and subsequently divorced about two years after they wed.

However, he doesn’t plan to marry again soon because he fears his love and dedication to music will hurt someone’s feelings again.

Nigerians Blasts Shatta Wale For Calling Himself ‘Fela Kuti’
I Dreamt Of Preaching And Winning Souls For God This Year, I Will Not Sin Again – Mercy Eke Says