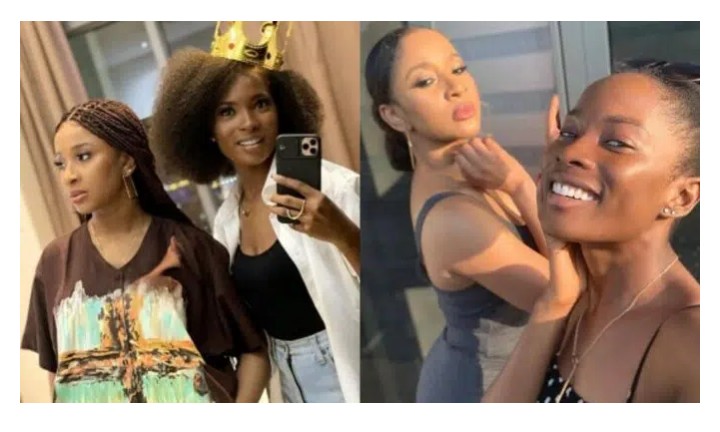 “Even if I sneeze different, Adesua will sense it and ask what’s wrong” – Jemima Osunde speaks on her great friendship with Adesua Etomi

Popular Nollywood actress, Jemima Osunde has opened up on her great friendship with her colleague, Adesua Etomi-Wellington.

According Jemima, when Adesua was out of the country and she, Jemima, went in for an emergency surgery, Adesua still knew that something was wrong with her.

She urged her followers to not get comfortable with being the one always at the receiving end in a relationship or friendship but to also focus on the other person’s needs.

“Even if I sneeze different, Adesua will sense it and ask what’s wrong with me . A hawk!!! Lmao! The day I had my emergency surgery, this babe wasn’t even in the country and she just knewwww something was wrong with me. She video called me immediately.

I was there holding the phone to my nose to hide my hospital gown . She caught me red handed!

Amaka moved her flight and flew to Nigeria because I needed someone to go somewhere with me. 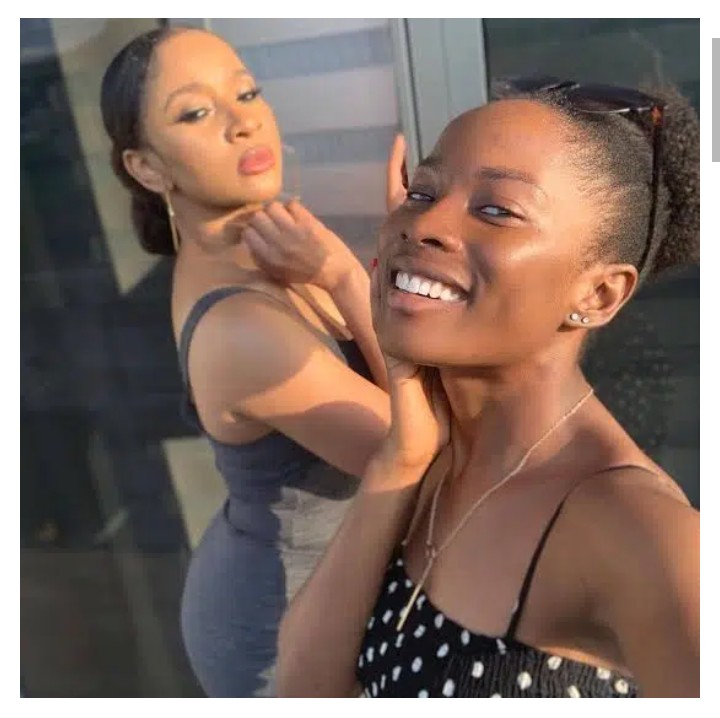 Don’t allow yourself get too comfortable with always being the receiver in a relationship/friendship. It shouldn’t always be about you. Sometimes, focus on the other person. Especially when it’s someone that’s always perceived as “strong”. They deal with things too I promise.

And no! It’s not selfish to expect your closest friends to know when something’s not right with you. Those are the people that are supposed to know you the most! Deeply and truly! And vice Versa

It’s not that hard to be dedicated to a person truly. Friendship or relationship. I pray you find the right people to hold your hands through all the good and not so good things that come with life. It’s truly the best thing”

“Your mama no do reach like this” – Netizens Rages over photos of Mercy Aigbe’s daughter, Michelle
“Even camel no get this kind toe” – Sabinus ridicules Bobrisky for flaunting her ‘fresh’ leg online