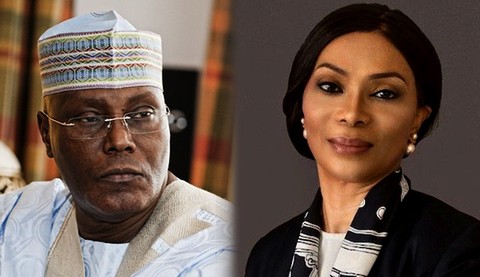 One of the wives of former Vice President Atiku Abubakar, Jennifer has confirmed her divorce to the former presidential candidate of the Peoples Democratic Party, aso Naija reports.

In a statement obtained on Tuesday, the ex-VP’s wife explained that she didn’t request divorce because Atiku married a new wife.

“That His Excellency married a new wife was never the cause of our problem as many have said. His Excellency is a Moslem and I have never questioned him about his wives or intended,” she said.

According to her, some of Atiku’s friends tried to mediate and stop the divorce but their efforts failed.

Jennifer explained that “the core reason for the divorce was disagreement over my continued stay in the United Kingdom” among other “long-standing issues”.

She also claimed that Atiku has requested to collect an asset previously given to her, adding that the property in Dubai is a subject of litigation.

The estranged wife added, “During the initial mediation discussion, Excellency denied that he gifted the house (matrimonial home in Asokoro) even after I showed him the document with the signatures of his aide, his Excellency asked me to give him the deed of gift.

“’When I asked him, where will I and the kids stay when we come to Nigeria?’, he told me that since I am the one that asked for a divorce, I should find a place to stay, and subsequently, I moved out.”

Atiku has yet to make any public statement on the issue as of the time of filing this report.