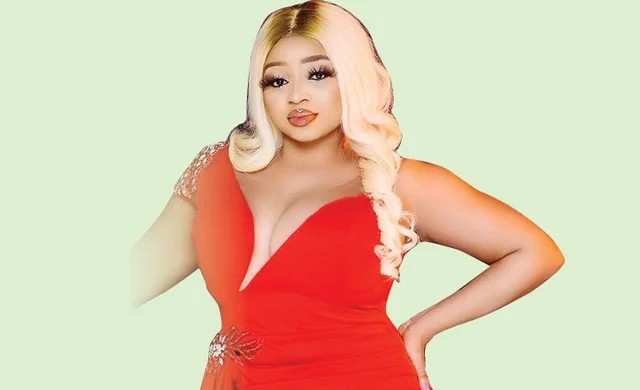 Actress, Peju Johnson, has said she is not bothered about the criticisms she got after posting a video in which she appeared semi-nude.

She said this in an interview (not conducted by aso Naija ) , “I do not consider my body as my selling point. This is the way I am.

I don’t dress this way (seductively) because I see it (my body) as my selling point. I cannot pretend. No matter what one does, there would always be people who like one and those who don’t. I don’t try to impress people. I always try to be myself. Before, I used to care (about such criticism) but I don’t care anymore.

Even if I cover up (my body), some people would still say bad things about me.”

Though the actress stated that dressing sexily does not make one indecent, many people disagreed with her on social media.

She said, “In Africa, we have a culture. Opening up in some other countries is actually normal. Being sexy does not mean one is a slut. I used to dress this way before I started acting.

Even when I was a virgin, people called me several names because of my looks. That was when I was outside Nigeria. People judge a lot. I travel a lot and I’ve seen things. People just like to condemn others that dress in a revealing manner.

Meanwhile, some people who cover up (their bodies) usually sleep around and have different boyfriends. Some of them even do runs (prostitution). It is bad.”

Johnson also maintained that she does not believe an actress can sleep her way to the top.

She added, “I don’t believe an actress can sleep her way to the top of her career. A lot of them have been doing that and still, people still do not know them.

If God does not want you to be out there, you won’t be out there. I am not in support of people sleeping their way to the top.”

Continue Reading
You may also like...
Related Topics:Entertainment, Peju Johnson