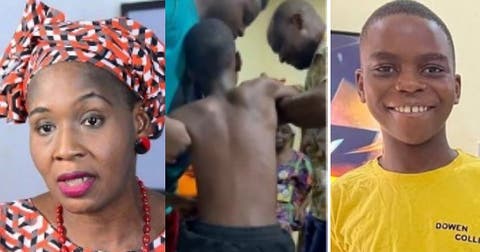 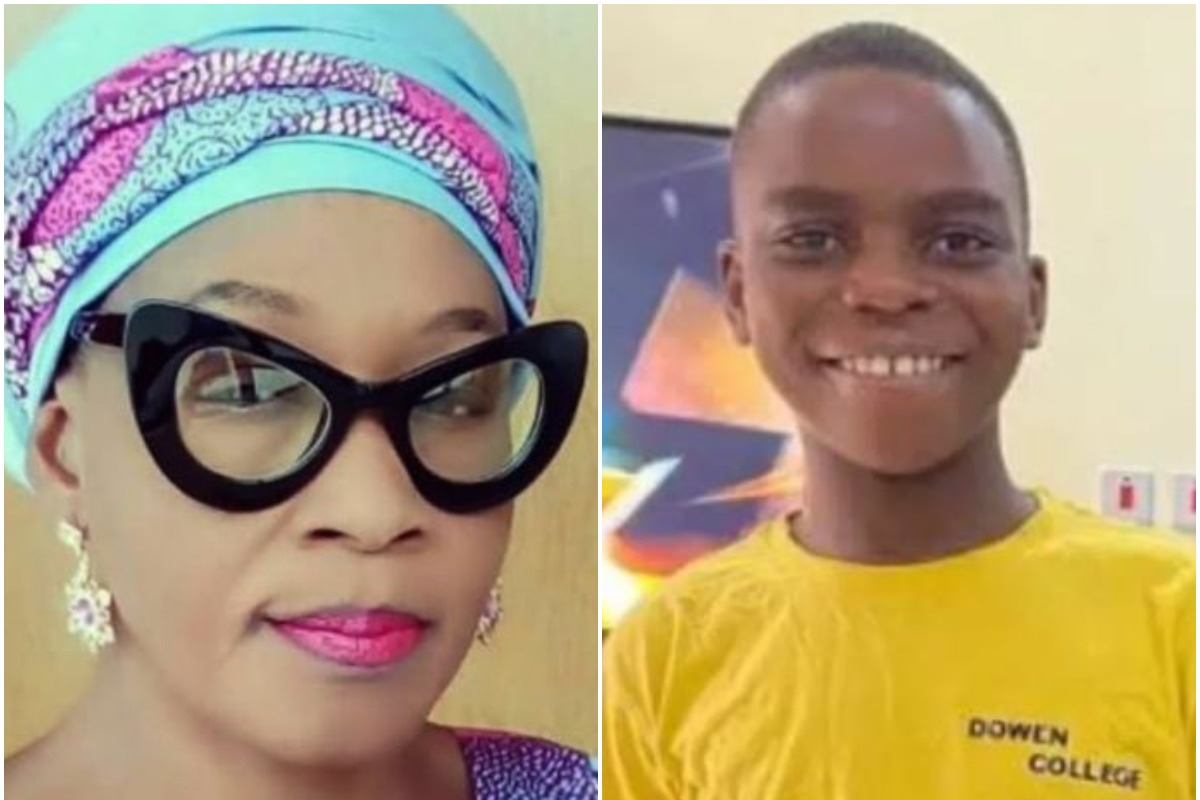 Kemi Olunloyo , a Nigerian journalist, blogger, and activist against gun violence, and a social media personality had sparked reaction on Instagram after she claimed that Sylvester agreed to be beaten by his colleagues and drank engine oil just to join a cult in his school, aso Naija reports.

According to investigator Kemi Olunloyo, Sylvester was under peer pressure and he agreed to be beaten and also drink the substance given him just to join the occult group and he drank without knowing it was engine oil and even described his sister’s womanhood.

Kemi Olunloyo then added that Sylvester informed his parents about it and just like most parents they rubbished it saying they will take action which they probably didn’t take and that led to the death of their beloved son.

Some Nigerian reacting to the claims of Kemi Olunloyo dragged her asking whether she was there when it all happened or someone fed her with lies since the result to show exactly what was found in the tummy of Sylvester is yet to come out.

Most people seem not pleased with the said findings of Kemi Olunloyo because they don’t believe the fact that Sylvester was trying to join an occult group in his school hence agreed to be beaten and also drunk engine oil given him by those who beat him messilessly.

As if that wasn’t enough, she still insisted that Sylvester agreed to be initiated.

Kemi is currently facing a lot of heat on social media a few days ago after she expressed her thoughts on the matter.

She revealed that Sylvester willingly agreed to join a cult and be beaten, according to Kemi.

She further stated that as part of the initiation, Sylvester drank engine oil.

Following the outpouring of criticism, she has now shared screenshots of one Mr. Uche’s comments.

She said while sharing the screenshots;

LATE SYLVESTER OROMONI was NOT BULLIED‼️ Evidence is clear Mr Uche. No time for sentiments. Time to defend media freedom. Every single case I’ve done in Nigeria has been proven CORRECT.” 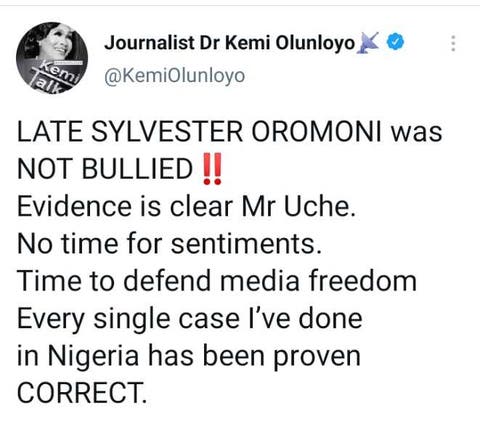 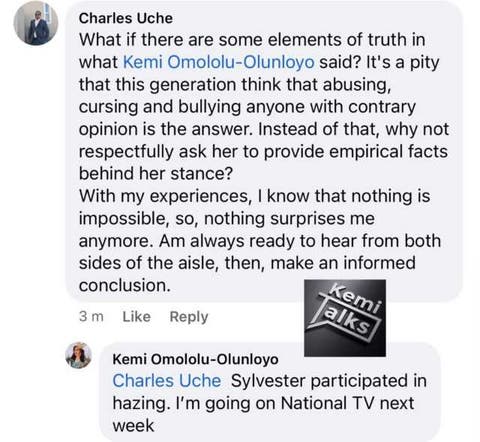 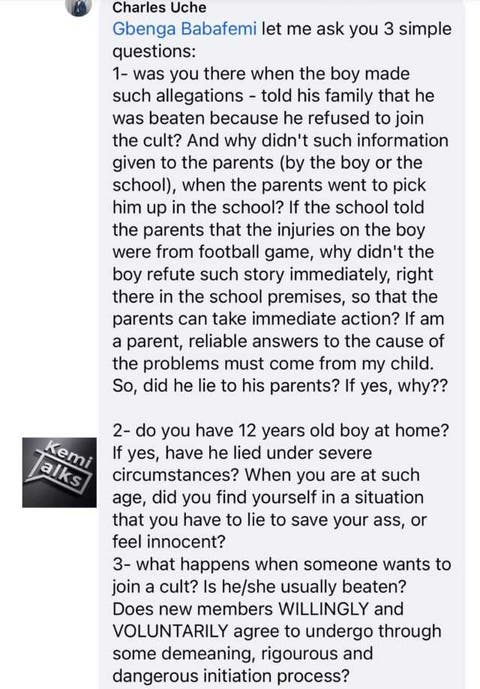