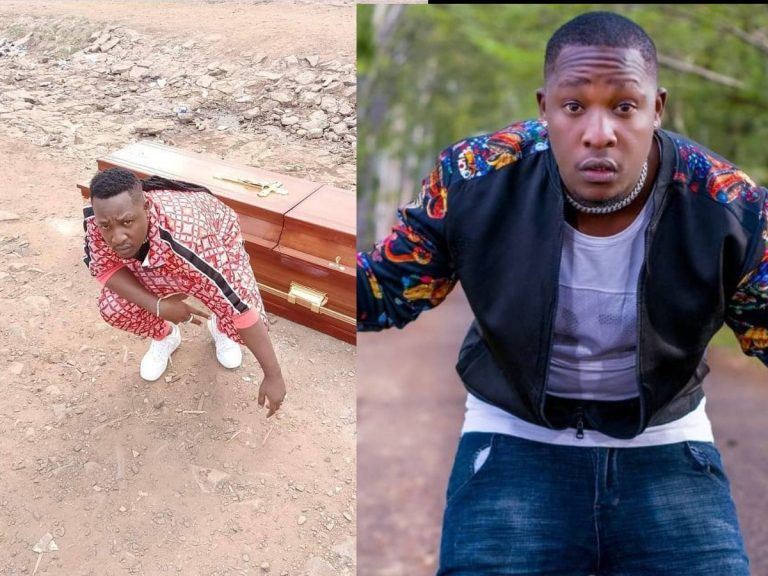 Kenyan Rapper, Japesa Buys His Own Coffin In Anticipation Of ‘Death’

Similar to the reports of late Genius Kadungure of Zimbabwe known as Ginimbi, a well-known Kenyan musician, Philip Ptaroba Okoyo, has reportedly purchased his coffin too in expectation of his death and burial.

Aso Naija understands that the musician took to his Instagram account during the weekend and posted a photo of himself with a coffin, noting that he bought it ahead of his burial.

READ ALSO: We’ll have sex with you before giving you roles – Movie directors to actresses

Japesa as he is also called and identified with on social media said though he cares about his fans so much but that he also worries about the cost of being consigned to the grave when he eventually dies.

The singer could be seen in the now viral-photo posing with the newly obtained casket.

Sharing the photo on Instagram, he wrote: “Bought myself a coffin, just in case nikufe msisumbuliwe na till number.”