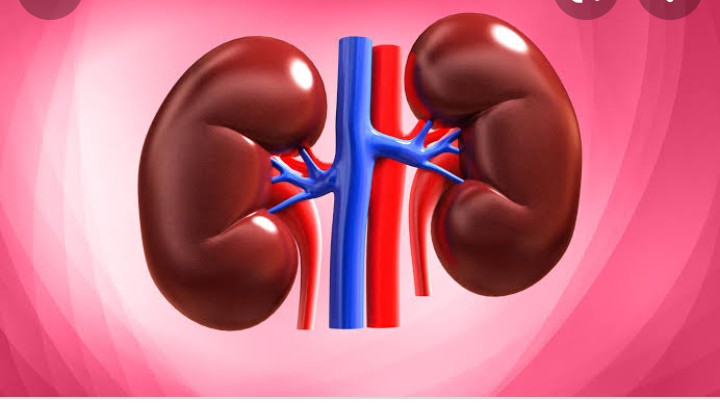 Man To Sell His Kidney Over Bride Price 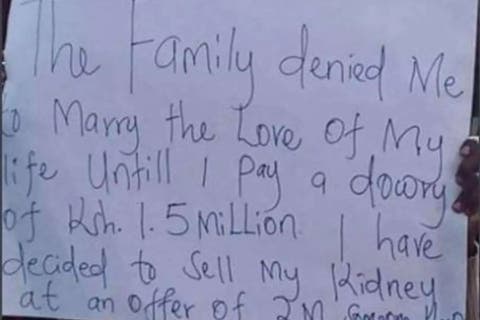 An unidentified man has put up his kidney for sale so that he can raise funds for his wedding and also pay bride price.

The unidentified man claimed that his in-laws denied him a chance to marry the love of his life for failing to raise Ksh1.5 million as dowry.

He asked social media users to help him raise the amount to marry his soulmate.

The man added that he has opted to put up his kidney on sale in a bid to raise the required dowry.

“The family denied me the chance to marry the love of my life until I pay Ksh 1.5 million.

“I have decided to sell my kidney at an offer of Ksh 2 million. Someone help.”

(KID-nee) One of a pair of organs in the abdomen.

The kidneys remove waste and extra water from the blood (as urine) and help keep chemicals (such as sodium, potassium, and calcium) balanced in the body.

The kidneys are two bean-shaped organs in the renal system. They help the body pass waste as urine. They also help filter blood before sending it back to the heart.

The kidneys perform many crucial functions, including:

Continue Reading
You may also like...
Related Topics:Bride price, Kidney