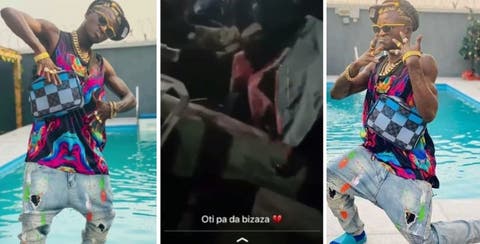 Fight Breaks Out In Kwara State .
The Police Rescue Portable From Being Attacked During His Show

Social media has been flooded with video footage of the unrest. According to the source, this occurred in Malete, prompting spectators to flee in an attempt to save their lives.

The cause of the scuffle is unknown. Portable is unharmed, and there has been no news of any injuries or fatalities as a result of the incident.

This comes just days after the singer revealed that he has two sons and that girls are always after him. 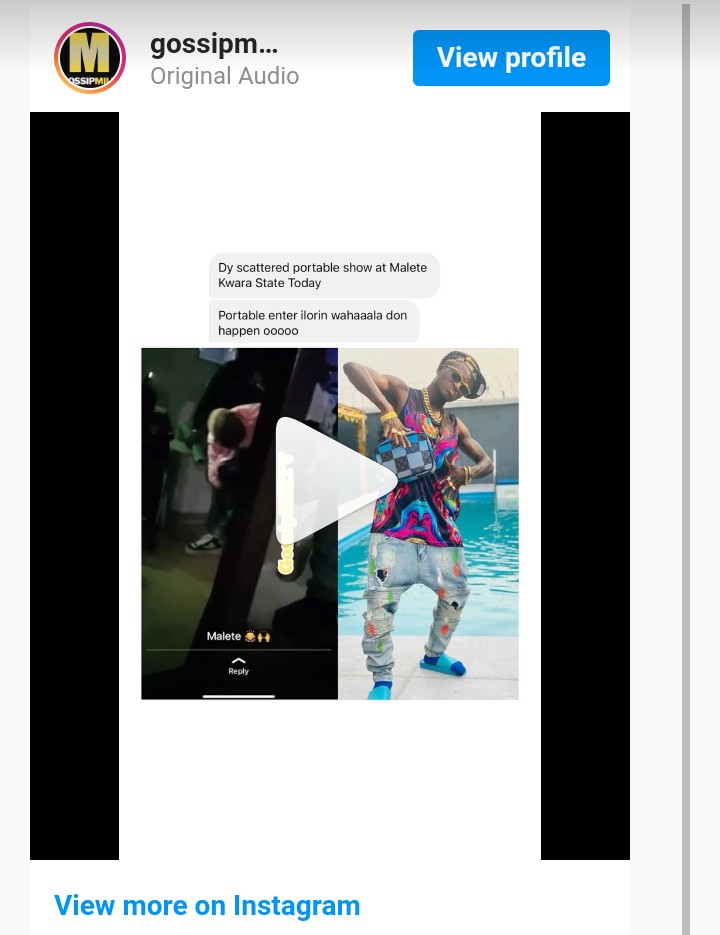 Continue Reading
You may also like...
Related Topics:Kwara Show, Portable

VIDEO: Islamic Cleric Blasts Wizkid For Saying He Doesn’t Believe In Religion, Says Money Made Him Senseless
2plots Of Land Is Not Enough For Me And My Cars – Pastor David Ibiyeomie