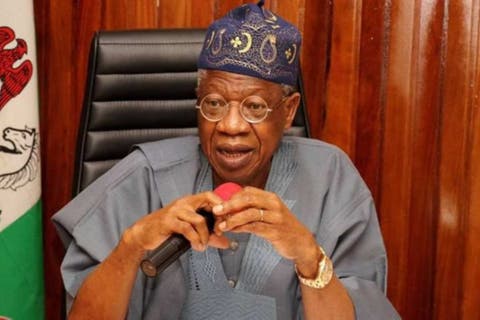 The Minister of Information and Culture, Lai Mohammed, has spoken on reports saying that he has contracted COVID-19 virus and is now in isolation where he is receiving treatment, aso Naija reports.

There were strong speculations that Mr. Mohammed might have contracted the virus after Garba Shehu confirmed he had tested positive for the virus but the minister said he is hale and hearty.

However, in a statement released by his Special Assistant to the President (Media) Office of the Minister of Information and Culture, Segun Adeyemi, the minister stressed that he does not have COVID-19 and is neither in isolation nor receiving treatment anywhere.

“The attention of Information and Culture Minister, Alhaji Mohammed, has been drawn to a report making the rounds that he has contracted the COVID-19 virus and that he is now in isolation, where he is receiving treatment.

“For the record, the Minister does not have COVID-19, hence he is neither in isolation nor receiving treatment anywhere.

“That report, which was first published by an online newspaper and then latched on to by some mainstream lapdog media, once again highlights the uphill task we face in our campaign to stamp out fake news and misinformation.

Continue Reading
You may also like...
Related Topics:COVID-19, Lai Mohammed