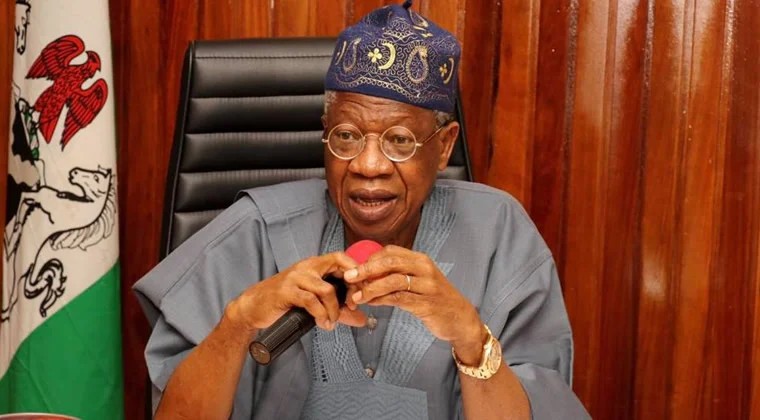 The All Progressives Congress will soon organize a fresh registration/revalidation of members in Kwara State, the Minister of Information and Culture, Alhaji Lai Mohammed, has said.

Mohammed, who spoke at the unveiling/launch of a parallel secretariat of the APC in Ilorin, the state capital, on Saturday, said the recently concluded registration exercise conducted for members in the state was not genuine in that it did not capture every member of the party.

Reports states that the state government and a faction of the APC led by the minister had held a parallel rally to mark the two-year celebration of the party in power in the state.

While Governor Abdulrahman Abdulrazaq’s faction of the party has its party secretariat located in the Tanke area, the minister’s faction unveiled its secretariat at GRA, Ilorin.

Mohammed said, “The recently concluded membership registration exercise conducted in the state is a charade as most members of the party were not allowed to register as the registration documents were not made available to them.

“When we observed this, myself and two former governorship aspirants, Prof Oba AbdulRaheem and Alhaji Tajudeen Audu, went to the National Chairman of the party, Alhaji Mai Mala Buni, and he assured us that a fresh registration would be done for party members in Kwara.

“We didn’t know him before, he has no campaign office. The battle line is now drawn; without you, members, there would be no APC in the state. I want to assure you all that no party congress will hold in Kwara State until the fresh registration/revalidation exercise is conducted for all APC members in Kwara State.”

AbdulRazaq, on June 26, alleged that a cabal within the party who received hundreds of millions of naira as donations for the Kwara struggle did not deliver a kobo to him.

“By the grace of God, I single-handedly, with the support of friends and family, raised all the monies for the Oke-Ero/Isin/Ekiti/Irepodun Federal Constituency by-election of November 2019 that brought Tunji Olawuyi to the House of Representatives.

The minister said he distributed 500 motorcycles and 20 vehicles, adding that many of the beneficiaries were in attendance to buttress his claim.

He added, “I want them to explain to Nigerians what happened to the N70m that Mr. Olawuyi kept that the governor refused to give us during the by-election. But for the grace of God and some friends, there would have been no election in November 2018, because when we raised money, we gave them, but two days before the election, we could not reach them on their phones anymore.

Continue Reading
You may also like...
Related Topics:APC, Lai Mohammed