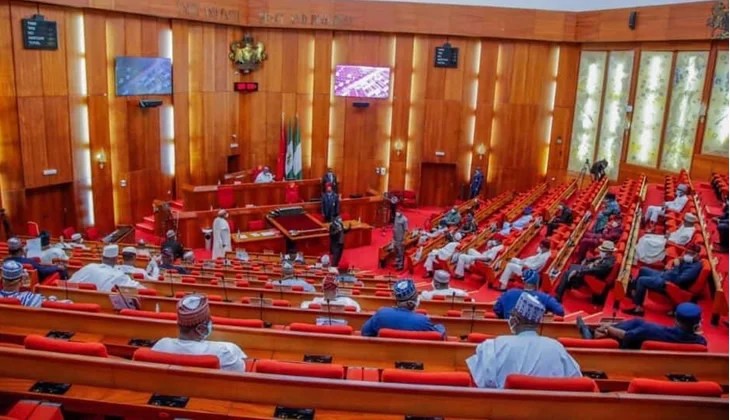 The Nigerian Senate has proposed a bill to bar landlords from collecting a yearly house rents, aso Naija reports.

A bill seeking to make it an offence for any landlord to demand payment of advance rent from tenants of residential and office buildings and spaces beyond three months was laid before the Senate on Tuesday.

Adeyemi, who addressed journalists after the bill passed first reading, said the bill would enable tenants to make a maximum advance payment of three months’ rent, with subsequent monthly payment.

He said, “We discovered that landlords are compelling tenants to make one-year and two-year advance rent payments before they would give them keys to their apartments. It may not be an issue to quite a number of people but to many others, it is a great pain for them. Most Nigerians need the protection of the law to be able to meet their basic needs after paying rent.

“Many landlords did not secure loans to build their houses; they are products of free money they acquire from the system. Yet, they make life difficult for poor Nigerians who do not have such privilege of making ill-gotten money from the system and put up structures.

“The buildings are constructed in such a manner that an average Nigerian would not be able to afford it. Many people are involved in corrupt practices to get their rents paid, while the ladies took to prostitution.

“The law we are proposing stipulates a maximum advance rent payment of three months. After the expiration of the three months rent, the tenants are expected to pay monthly.

“There are many tenants whose salaries are competing with their rents because they live in cities like Abuja. The law will prevent the poor workers from any form of oppression.”