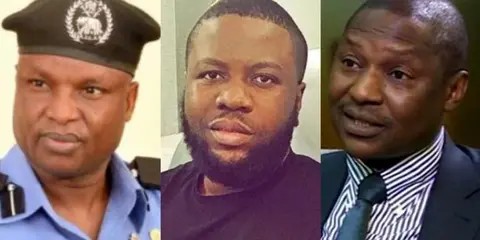 Attorney-General of the Federation and Minister of Justice, Abubakar Malami, SAN, has said openly that there is no evidence of money laundering against the suspended Commander of the Police Intelligence Response Team, Abba Kyari, aso Naija reports.

This is followed after Malami had directed the police to launch a probe against Kyari for allegedly receiving 33 proceeds of crime.

The justice Minister has issued a fresh legal advice saying there was no evidence to show that money was laundered by the senior police officer, The Punch reported.

In a letter dated February 4, 2022, with reference number, DPPA/LA/814/21, the Minister appeared to have absolved Kyari of any culpability, declaring there was nothing linking the Hushpuppi gang to the officer.

“It is our view that the above response has not linked the suspect, DCP Abba Kyari, to the offence of money laundering as the evidence contained in the case diary is not sufficient to indicate or show that the said monies were laundered directly or indirectly by Kyari to disguise their origin, more so that the aforementioned recipients or receivers exonerated him in their statements as having nothing to do with the monies.”