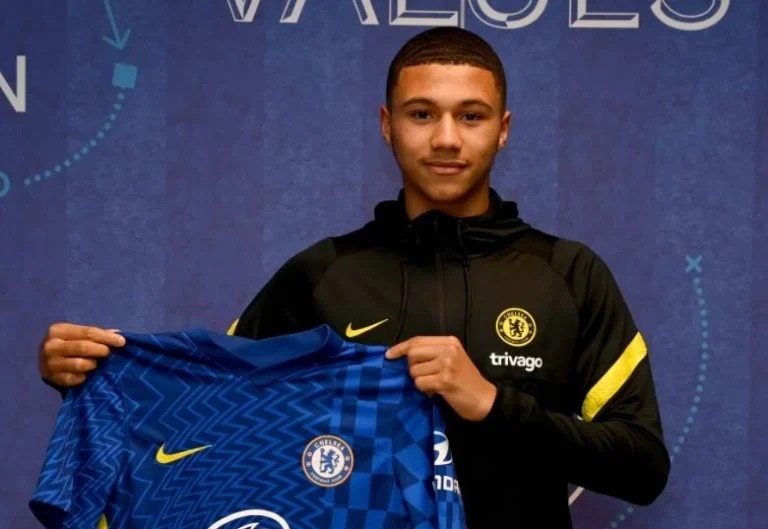 Chelsea have done the stepwise signing of Mason Burstow from Charlton Athletic, with the teenage striker returning to the Valley on loan for the remainder of the 2021/22 season, aso Naija reports.

The 18-year-old Mason Burstow joined Charlton in October 2020 as a second-year scholar from non-league Welling United and made his senior debut earlier this term in the EFL Trophy against Crawley Town.

After Coming off the bench late on, the forward scored with his first touch in professional football courtesy of a brilliant stooping header just two minutes after his introduction.

It took him twice as long to notch on his FA Cup debut with a low drive into the bottom corner four minutes after entering the fray against Havant & Waterlooville, with a League One debut following a fortnight later.

In total, he the young striker has 14 appearances and six goals for the Addicks so far this season.

Burstow will continue his development back on loan with Johnnie Jackson’s side, who are currently 14th in League One.

Mason Paul James Burstow is an English professional footballer who plays as a forward for EFL League One club Charlton Athletic on loan from Chelsea.

Continue Reading
You may also like...
Related Topics:Chelsea, Mason Burstow