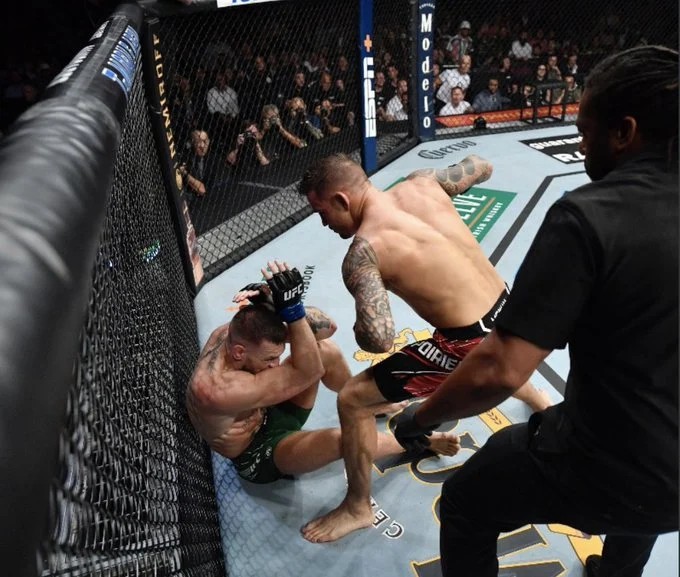 American brawler Dustin Poirier overpowered Conor McGregor on Saturday in Las Vegas, winning their lightweight UFC trilogy fight by a TKO after the Irishman appeared to snap his left leg in the waning moments of the opening round.

The fight was officially ruled as a “doctor’s stoppage” at the end of the first round after a bloodied McGregor swung and missed a punch then stumbled backwards, his lower leg grotesquely buckling under him near the edge of the octagon.

Poirier then pounced on a helpless McGregor, raining down a series of punches and elbows until McGregor was saved by the bell in front of the capacity crowd at the T-Mobile Arena.

“This guy was saying he was going to murder me and kill me. I am going to leave here in a coffin,” said Poirier.

“You don’t talk to people like that. I hope this guy gets home safe to his beautiful family.”

Promoters said afterwards that McGregor’s injury was to his lower tibia and that he was expected to undergo surgery on Sunday to repair the damage.

The scheduled five-round rubber match was expected to settle the score and complete the trilogy between the former two-weight UFC champ McGregor and his longtime rival Poirier, who now looks set to get a shot at an undisputed title and establish himself as one of the sport’s superstars.

There was plenty of bad blood between the two in the lead up to their third fight. McGregor insulted Poirier’s wife in a tweet and told Poirier he was going to leave the ring in the box.

Instead McGregor had to be carted out on a stretcher after doctors stabilized his leg.

Poirier said the fight settled the score between the two and his payback was karma.

“This guy is a dirt bag,” Poirier said. “Sometimes these things happen.” 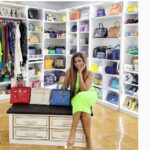 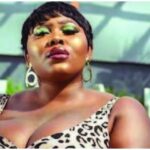