Nico Ali Walsh, the grandson of Muhammad Ali, won his professional debut by stoppage inside a round on Saturday night in Oklahoma.

Fifty-five years after Top Rank promoter Bob Arum staged his first of Ali’s fights, he oversaw a successful start to this latest generation’s plan to continue the most extraordinary of legacies.

Ali Walsh clocked his opponent Jordan Weeks with a right hand to knock him down inside 90 seconds of the opening bell.

Though it’s early in the middleweight’s career, it’s been a bumpy road for Ali Walsh. He’s won some fights, and he’s lost some, according to ESPN. But his grandfather, “Poppy” to Ali Walsh, told him that his amateur record doesn’t matter. And when the young fighter occasionally doubted himself, Poppy was there to encourage him to stay in the fight.

Now, he will square off with Jordan Weeks, 29, at the Hard Rock Hotel and Casino in a four-round special attraction fight. The main event, at 10 p.m. ET on ESPN, may be the third bout between Andrew Moloney and Joshua Franco III, but Ali Walsh’s premiere fight is already drawing buzz in the boxing community 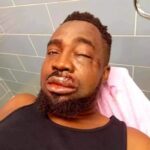 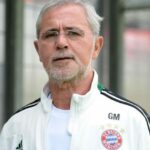