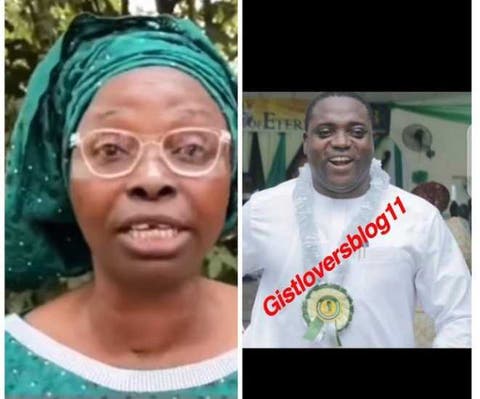 Leaked photo of Mummy GO’s alleged boyfriend has surfaced online and has stirred up a lot of reactions, aso Naija reports.

According to recent reports, controversial preacher Fumilayo a.k.a Mummy GO has a boyfriend who serves as her rest bed.

As known to everyone, funmilayo who is also virally called  G.O is a revealer who always claim that anything a man does on earth can either take him to heaven or hell.

“Hello tueh tueh, Shall we?? meet Mummy GO prick, Na who Dey bo cardi mummy GO be this, the matter long ooo, it’s a lot, how she ties people down in her camp for days without giving them food for days,

how she ruined homes with her preaching calling peoples wife and mother witches and tearing home apart with her prophesy, This man right here is her cohort and also her elepon,

tomorrow we go bring evidence and some of her victim and more details about mummy GO boyfriend . Them Dey bo cardiiii for maami GO ooo,make nobody deceive una for this gram ooo, I come in peace ooo”. 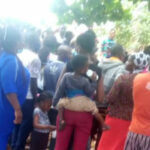 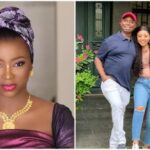