Deputy Commissioner of Police, Abba Kyari who was suspended for fraudulent act has dragged the Federal Government to court to seek release from the custody of the National Drug Law Enforcement Agency, aso Naija reports.

Kyari, in his suit marked FHC/ABJ/CS/182/22, is praying the Federal High Court in Abuja to compel the NDLEA to grant him bail on health grounds, pending the hearing and determination of his fundamental right enforcement application.

The anti-narcotics agency had on February 14, 2022, indicted Kyari, ex-head of the police Intelligence Response Team, in alleged drug trafficking and related offences.

The Inspector-General of Police, Usman Baba, subsequently handed over Kyari to the anti-narcotics agency for prosecution over alleged links in drug trafficking after the NDLEA released damning photo and video evidence to nail Kyari.

The NDLEA said Kyari, the suspended IRT head, belonged to a drug cartel that operates the Brazil-Ethiopia-Nigeria illicit drug pipeline.

The anti-narcotics agency also said Kyari contacted one of its officers in Abuja and struck a deal to secure the release of a total of 25kg seized cocaine and offered $61,400 bribe to NDLEA officers who played along until his arrest.

The IGP in a statement had corroborated the NDLEA’s findings, saying incontrovertible evidence indicted Kyari in the drug crimes. 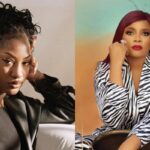 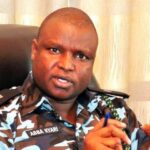