A Federal High Court in Abuja, on Tuesday has granted and ordered the National Drug Law Enforcement Agency permission to further detain the suspended Deputy Commissioner of Police, Abba Kyari, and six others for 14 days, aso Naija reports.

Others to be detained along with Kyari are the alleged drug couriers named in the drug trafficking case involving the suspended head of the Inspector-General of Police Intelligence Response Team.

Justice Zainab Abubakar gave the order to NDLEA for the detention of the seven suspects pending the completion of investigation into the allegations against them.

Justice Abubakar gave the order after listening to the Director, Prosecution and Legal Services, NDLEA, Joseph Sunday, who moved an ex parte application to that effect.

An affidavit in support of the motion ex parte indicated that Kyari’s accomplices, Umeibe and Ezenwanne, were arrested on January 19 at the Akanu Ibiam International Airport, Enugu, and had admitted being drug couriers.

The affidavit stated, “The suspects were arrested upon their arrival from Addis Ababa aboard an Ethiopian Airlines flight ET917.

“The arrest led to the recovery of a substantial quantity of a powdery substance suspected to be cocaine from the two narcotic couriers.

“The operation, which was intelligence-driven, was undertaken by a unit of the police Intelligence Response Team.” 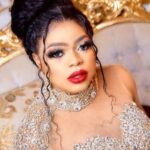 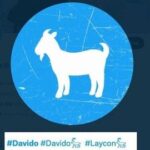