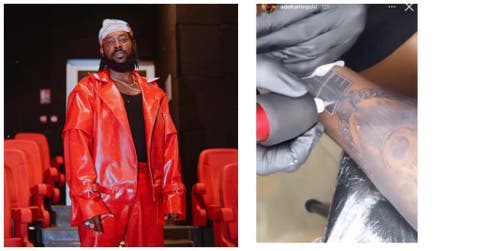 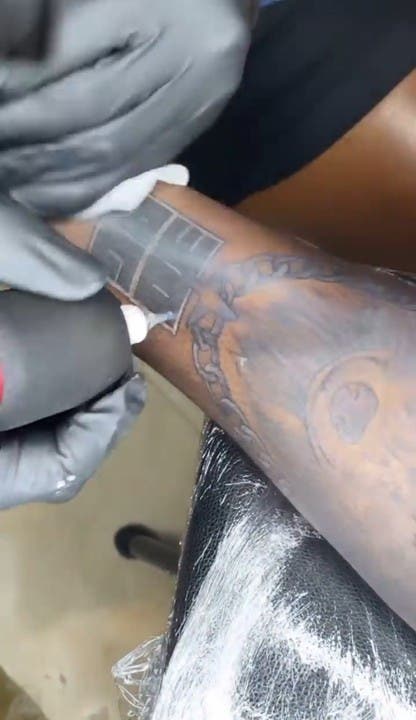 A lot of questions keeps lurking in the mind of fans. One of them is hoping that Adekunle Gold joined 30BG with the deduced tattoo impression

If he hasn’t, then why does the singer have a tattoo inscription of Davido’s band?

The 34-year-old shade crooner surprised many fans on Sunday, when he took his Instagram story to share a short clip of him getting the 30BG tattoo inscription.

30BG gang was launched by Davido in 2017 after a line from his hit 2019 single ‘IF‘ became catchy. The line from the song – ‘30 billion for the
account o’ got trending upon its release and inspired a lot of social media buzz and memes.

Adekunle Kosoko, known professionally as Adekunle Gold, is a Nigerian highlife singer, songwriter and graphic designer who is married to a fellow singer, simi.

The duo gave birth to a bouncing baby girl earlier this year, 2021.

He gained widespread attention and fame after releasing the 2015 hit single “Sade”, a highlife cover of One Direction’s “Story of My Life”.