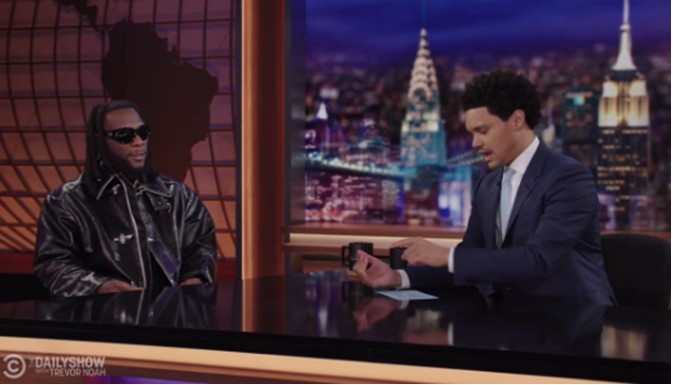 Grammy Award-winning singer Damini Ogulu best known as Burna Boy has said that Nigerians only lie if they are trying to trick someone or scam someone.

The self-proclaimed African giant made this assertive statement during a guest appearance on The Daily Show with Trevor Noah in New York, USA.

The host, Trevor, explained how Nigerians with great achievements like their names show little humility while being praised for their success.

Burna Boy said the only instance where Nigerians lie to people is if they intend to scame them.

.
In response, Burna said he didn’t understand why people were making a fuss about someone like him being the first to do something in another country.

Watch the interview below:

“We (Nigerians) don’t lie unless we want to scam you”

Continue Reading
You may also like...
Related Topics:Burna Boy, Featured