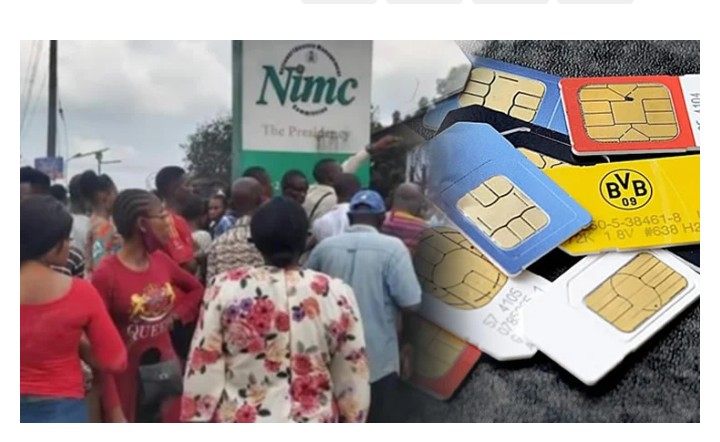 NIN :The Federal Government has extended the deadline for NIN-SIM data verification to December which is the end of 2021, aso Naija reports.

This was contained in a joint statement signed by the Director of Public Affairs of the Nigerian Communications Commission, Dr Ikechukwu Adinde, and the Head, Corporate Communications at Nigeria Identity Management Commission, Mr Kayode Adegoke issued on Saturday.

The statement was titled ‘Stakeholders Applaud the NIN-SIM Verification Exercise as FG Urges Citizens and Legal Residents to Enrol Before the End of the Year.’

According to the statement, the extension was due to appeals by the Mobile Network Operators and other industry stakeholders, seeking an extension to ensure better compliance with government’s directive.

It read, “The Minister of Communications and Digital Economy, Prof. Isa Pantami has conveyed the approval of the Federal Government to extend the deadline for the National Identity Number-Subscriber Identity Module data verification. Citizens and legal residents are urged to complete the process before the end of the year 2021.

“The decision to extend the deadline was made further to appeals by the Mobile Network Operators and other industry stakeholders, soliciting for a further extension to ensure better compliance with government’s directive and to avoid widening the digital divide. The extension would also provide the enabling environment for the registration of Nigerians in remote areas, diaspora, schools, hospitals, worship centres, as well as foreigners, diplomatic missions, those in other areas that were hitherto unreachable, and increase enrolments in countries with a significant number of Nigerians.”

The statement said more than 9,500 enrolment systems with over 8,000 NIN enrolment centres were available in and outside the country to ease the enrolment and linkage process.

Continue Reading
You may also like...
Related Topics:NIN, Sim Registration